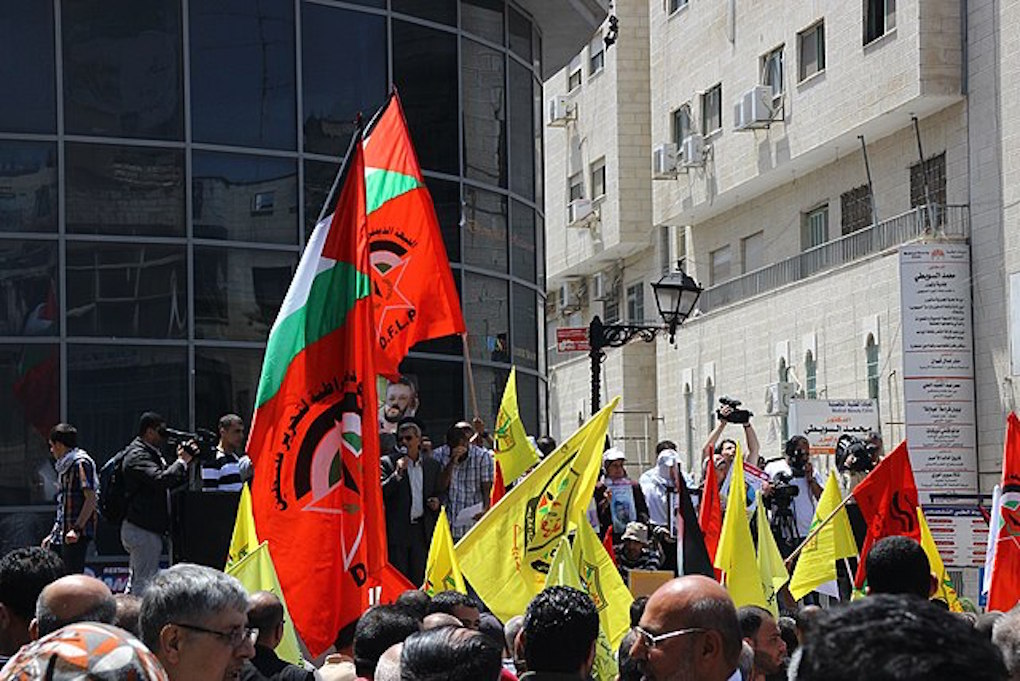 APPEALS to the Israeli government are growing over the plight of a Palestinian prisoner who is suffering from cancer and believed to be near death.

Nasser Abu Hamid, 49, was first moved from prison to hospital in January, but Israeli prison authorities have now transferred him from the hospital back to Ayalon (formerly known as Ramla) prison clinic, some seven kilometres away, after the hospital said there was nothing more it could do.

Abu Hamid, who has been in prison since 2002, was sentenced to life after an Israeli court found him guilty of taking part in attacks during the second Palestinian Intifada. He began to fall ill in August last year with chest pain and was moved to hospital where doctors found and removed a lung tumour. He was then moved back to Israel’s Ashkelon jail where his condition worsened. The Palestinian Prisoners Society said his access to chemotherapy was deliberately delayed.

Last month, the PLO Prisoners and Ex-Prisoners Commission said a tumour recently detected in Abu Hamid’s head was a result of the Israeli prison service’s failure to deal with his condition earlier. This sentiment was echoed by Amany Sarahneh, a spokesperson for the Palestinian Prisoners Society, who said: “Nasser was exposed to a slow death operation. Every time Nasser needed to be sent to hospital the prison administration would postpone. His fellow prisoners would protest to pressure authorities to transfer him.”

This is part of a systematic policy of medical negligence and delays in providing treatment, which all the prisoners are exposed to, not just Nasser.

His family and prisoner groups said late last week that Nasser Abu Hmaid was facing “his last days”. This was based on an Israeli medical report they received from the Assaf Harofeh hospital near Tel Aviv, which recommended his immediate release from prison.

Abu Hamid is one of five brothers from the same family handed life sentences by Israel. A sixth brother was killed by Israeli forces. Their mother was not allowed to visit them for years and their father died while the brothers were behind bars, according to Al-Araby Al-Jadeed (The New Arab).

Protests calling for Abu Hamid’s release have been held in several cities across the occupied West Bank and the blockaded Gaza Strip, as well as in front of the prison. The Palestinian Prisoners Society has said that it is filing an appeal for his immediate release.

On Friday, Hamas repeated its offer to Israel to negotiate the release of Israelis held in Gaza in exchange for the release of sick and elderly Palestinian prisoners held by Israel. Out of the approximately 4,450 Palestinians held in Israeli prisons, there are 600 who are ill with various diseases and who require treatment, as well as 23 who suffer from cancer.

To the Palestinian people these are political prisoners fighting to end Israel’s illegal occupation.