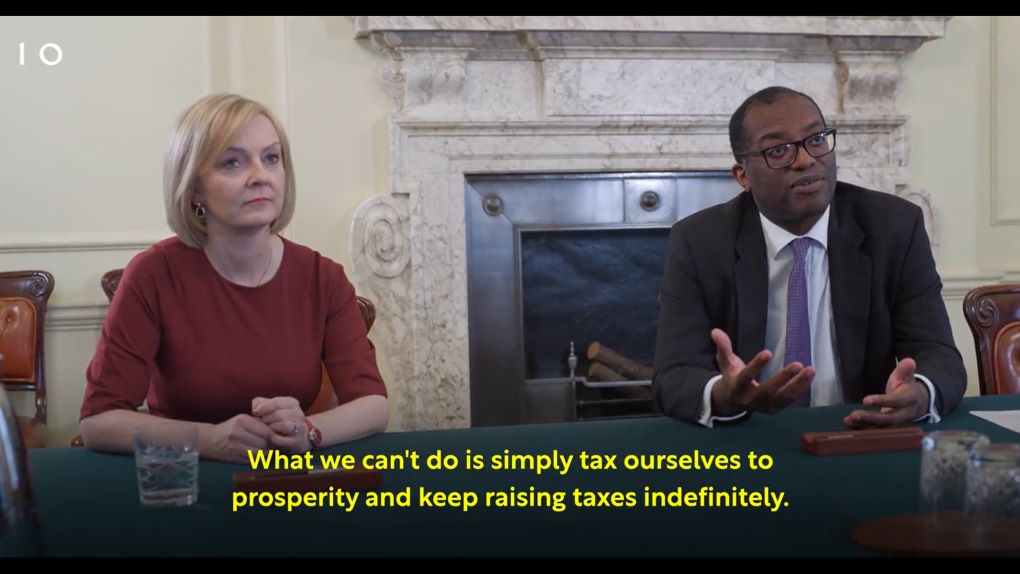 Broken Britain is being battered into recession by the Tory mini budget that will benefit the super-rich at our expense. Even the IMF has said so. And with some economists claiming that we were already in recession, Truss and Kwarteng decided to conduct a dangerous experiment with the nation’s finances.

They cut £45 billion in taxes in the belief that this money would be reinvested to kickstart the economy and drive growth. They simultaneously announced plans to spend billions to help with the cost-of-living crisis. Those billions will go straight into the coffers of the energy suppliers and do nothing to reduce household bills from their current high levels.

But where would the money come from? One source would be the Bank of England (BoE) selling off some of the long-term government debt that it holds in the form of bonds known as gilts because they are backed by government guarantees that make them gilt-edged.

Taken together with all the other announcements in the mini budget, according to Richard Murphy the government was looking to raise over £300 billion this year, instead of the planned £75 billion deficit, with no plan for how or when this would deliver growth. The markets were expected to trust Kwarteng and wait for a statement in eight weeks’ time!

They did not trust him or the government. The pound collapsed amid insider trading and hedge fund speculation. The BoE’s sale of gilts backfired in a big way. Most of these long-term investments are owned by pension funds. With the markets going crazy the pension funds needed to find extra cash. They tried to sell off assets in a buyers’ market that threatened to drag down the whole pension fund business.

The BoE had to reverse its policy and buy up gilts to stabilise the market and protect people’s pensions. It cost £65 billion. The markets are steady for now. The markets trust the BoE. They expect it to follow economic orthodoxy by raising interest rates in November and again in the new year to five or six percent.