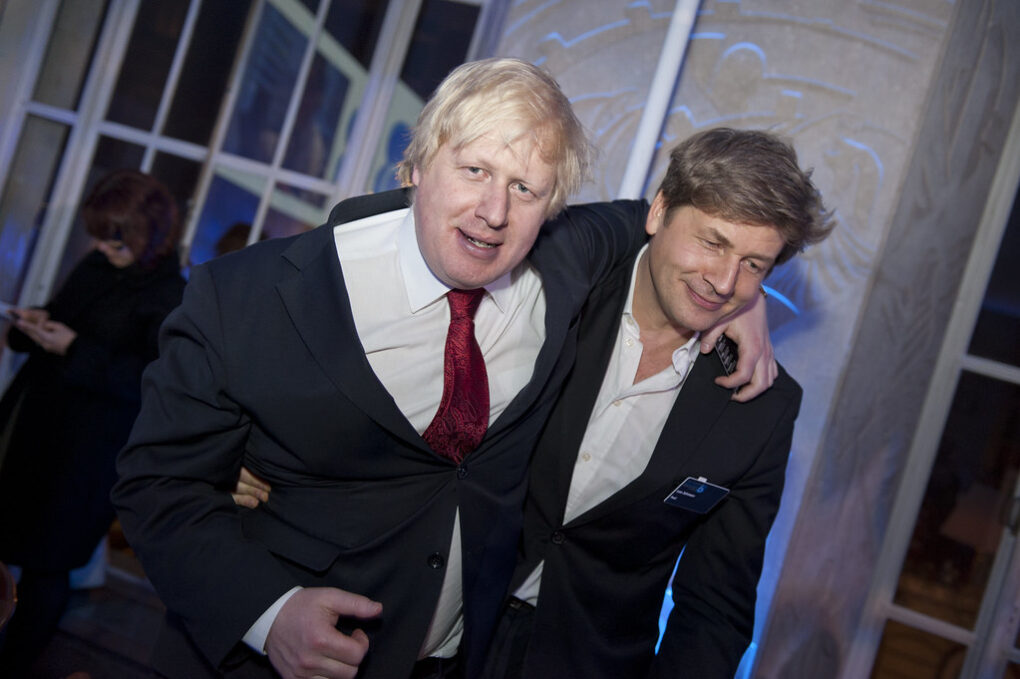 "Boris Johnson Leo Johnson" by Financial Times photos is licensed under CC BY 2.0

What will today’s Tory crisis be?

Has there ever been a government that has faced this many crises in such a short period of time? I believe the answer to be no.

Let’s start with the ongoing (it hasn’t magically disappeared) Covid crisis. It’s true, we cannot directly blame the government for the arrival of Covid-19, we can certainly blame them for the handling of the crisis, because it was their fault entirely.  We have just been told by a group of MPs, chaired by 2 Conservative MPs, that the government’s failure to do more to stop Covid spreading early in the pandemic was one of the “worst ever public health failures”.  Surely *now* is the time to bring forward the public inquiry into the government’s handling of the arrival of Covid-19?

Why should families, still broken and grieving from their immense loss, have to wait for the political establishment to get their story straight? May I also remind you that Keir Starmer backed the government’s approach while Covid-19 was ripping through our communities and taking the lives of more than 1,000 of our loved ones, every single day.  Starmer’s political gameplay, attempting to appeal to Tory voters, cost lives. Was it worth it, Mr Starmer?

The NHS crisis is permanent. It is no longer the winter crisis that you read about in the papers, or see on the news. It is an all-year-long crisis that you don’t read about quite so much in the papers, or you don’t see quite so often on the news.  I know, you’re going to tell me the NHS is in a state of permanent crisis because of the arrival of Covid-19, but you know as well as I do that this would be utter bullshit.  The great NHS sell-off that started under Tony Blair and continues under Boris Johnson is why the NHS is in a permanent state of crisis.

The intentional underfunding – and intentional is what it is – is to the detriment of the patients’ health, while the fallout from not giving the NHS the funds that it urgently needs is to the benefit of the shareholders’ wealth. The closures of walk-in centres, A&Es, departments, surgeries, entire hospitals, the shocking disparity between funding for physical and mental health, the waiting lists, the demoralised and ridiculously-underpaid staff, the 98,000 vacancies, and have you tried getting a face-to-face appointment with your GP recently, or are you showing them that nasty spot on your backside via FaceTime?  There’s your permanent NHS crisis, and I haven’t even scratched the surface.

Just last year we had the A-level and GCSE crisis. The stress this caused to students, parents, and teachers, already having to deal with remote learning, and the unforgivable incompetence of Gavin Williamson, should’ve been enough to cost any Secretary of State their job, without exception. But not this government. They allowed the gormless Williamson to continue for another year, stumbling from one self-inflicted crisis to another, until he confused a rugby player with a footballer, and that was the final nail in the coffin for the former fireplace salesmen. Thank God nobody ever put him in charge of our national security…

This government will always wait until they are in a crisis to come up with a crisis plan, and when the plan arrives it’s either too late, or simply not good enough, or most likely both. Take a look at the energy crisis for one moment.  Wholesale gas prices have rocketed by 250% this year, and millions of us are facing higher energy costs this winter, placing an unprecedented strain on the country’s minimal gas supply. What could underline this government’s utter incompetence any more than the Business Secretary, Kwasi Kwarteng, popping up on Sky News to tell us there is no crisis, and how he is engaged with the Treasury, just for the Treasury to appear hours later to tell you it’s not the first time the Business Secretary has made something up during an interview? But don’t worry, because 10 Downing Street has now come out in support of Kwarteng.

How on earth are you supposed to have any confidence in this Tory government during a time of crisis? The good health of our country has always been secondary when it comes to internal Conservative one-upmanship.  The last 20 months has seen the biggest crises this country has faced since World War 2. The government response to each crisis hasn’t just been below-par, it has been absolutely catastrophic, and thousands and thousands of people, both young and old, have tragically lost their lives – because of this government and their inability to govern.

How much is being said about the cost of living crisis? This was a big thing a few years ago, before Covid-19 arrived, it’s hardly going to be any better now, is it? The Bank of England increased its forecast for inflation at the end of the year to over 4%. Higher energy bills will see higher inflation, well into 2022. The cost of food shopping is rising, along with your energy bills, and from April 2022 workers will face another hit on their wages when the Tories’ National Insurance hike kicks in.

And that’s not all. More than 5 million families are now more than £1,000 a year worse off, thanks to the government’s cuts to Universal Credit, and the millions of people, a majority who are disabled and vulnerable, haven’t seen a rise in legacy benefits beyond the cost of a first class stamp for as long as I can remember.  Charities have told the government how their savage cut to Universal Credit will push another 800,000 people into poverty, including 200,000 children. Can you see why the left wing is so angry?

These corrupt Tory bastards will always find the money for a nuke, or a Royal Yacht. They can even find more than £800 for a roll of wallpaper, and £37 billion for an absolutely useless embarrassment of a test and trace system.  But making sure kids don’t go hungry? This isn’t a priority. They have to be dragged to hell and back by the leader of the opposition, Marcus Rashford, before they even contemplate forking out for a tin of baked beans and a few slices of bread. I absolutely detest the Conservative Party.

And let’s finish off with just one more crisis, because it is a crisis that is likely to impact every single one of us at some point. Have you noticed those big gaps on the supermarket shelves yet? The Office for National Statistics has reported that one in six adults in Britain have been unable to buy essential food items in the last fortnight.  We’re not talking about luxurious tins of Belgian biscuits or finely trimmed broccoli stems, we are talking about essentials – and both the supply chain and the logistics industry have said the pressure on deliveries will only get worse in the build-up to Christmas.

Like most Tory government disasters, you can usually see them coming down the road, but it’s not up to you to draw up a cohesive and credible plan, that is the job of the government, and, time after time, the big plan to avoid the crisis in question is in fact no plan whatsoever.  I believe the Prime Minister is on his 4th holiday in the last 20 months. I totally understand the anger of people who can’t even afford a day in Margate, thanks to the gobsmacking ineptitude of this callous pathetic excuse of a government.  But the biggest problem here is the fact that Boris Johnson keeps returning from these holidays. It would be cheaper, and considerably safer to pay him to stay away.  Close the borders.

Isn’t that what 52% of you wanted? Surely there has to be at least one positive to this Brexit malarkey? Stick Johnson in a rubber dinghy in Calais, point his vessel towards Dover, and someone tell Priti there’s a public-purse-draining, foreign-born thug with a fancy for the Colombian marching powder on his way to the White Cliffs right this very moment.

See, the good people of Critical Mass Magazine have deadlines for submitting my rants, and my concern as I come to the end of this one is the worrying prospect of what other crises we will be dragged into between now, as I write this, and the moment you read this.

I genuinely fear a new winter of discontent is just moments away. The crisis you have to worry about most is the one you don’t see coming. The Covid crisis. The cost of living crisis. The NHS crisis. The supply of goods crisis. The inflation crisis. The energy supply crisis. The benefit cuts crisis. The poverty crisis.  If you want the recipe for a winter of true discontent, just screenshot that little list, throw it together in the mixing bowl that we call “society”, stir and provoke, pour it into a cake tin and then pop it into the government oven.  If you manage to get the right balance there’s every chance your society will rise up.

At least you didn’t end up with free broadband.

Thank you for taking the time to read my thoughts, if you want to chip in towards improving my ongoing campaign, and it would cause you *no hardship*, you can do so here