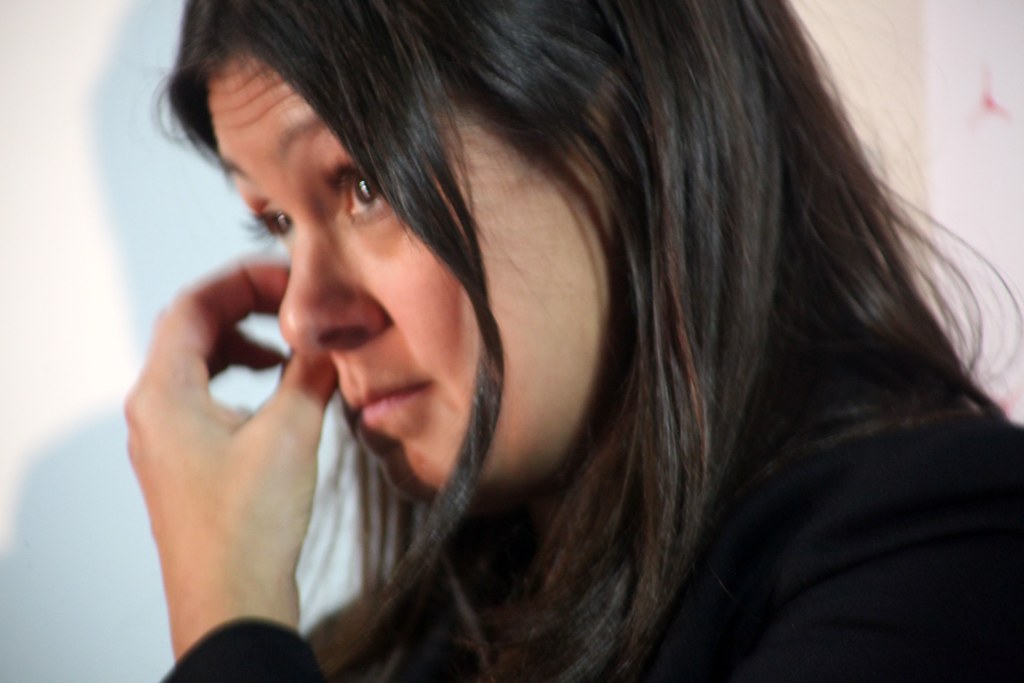 HALLOWEEN is upon us and I cannot imagine much more frightening than to see creepy little Lisa Nandy and the Prince of Darkness himself, Peter Mandelson, on my doorstep. Even more so were I Jeremy Corbyn. Not only is Lisa Nandy reported as vowing to ‘break him [Corbyn] as a man’ but Mandelson, one of the chief architects of New Labour said about Corbyn: “I work every single day in some small way to bring forward the end of his tenure in office.” Of course they could be joined by Jess Phillips with one of those plastic toy knives in hand just to complete the tableau of pure evil.

Not a pleasant picture, but we all might be seeing more of Nandy, as more and more Labour Party members have been waking up to the fact that Starmer is about as useful as a rocking horse (though both can put you to sleep, so that’s something) as Leader of the Opposition, and Lisa Nandy’s name has been put forward as a possible new leader by some journalists.

The Shadow Secretary of State ran for leader just last year and came in a dismal third, so why anyone would think a woman who cannot even beat the lacklustre Starmer would be in any way better than he is has me completely mystified. The fact that Dominic Cummings, amongst other Tories, are bigging her up should give anyone pause. But then I’ve lost all hope for Labour and especially Labour centrists.

I’m not going to go into her whole voting record here as it is anything but consistent. For example, in 2010, she voted to establish a no-fly zone in Libya and in 2014 she supported air strikes against ISIS in Iraq but in 2015 she voted against military intervention against Syria.

She voted in favour of a motion calling on the Government “to rebuild the economy so that it works in the interest of the many, not just handing out rewards to those at the top” and to bring forward “a green industrial revolution to decarbonise the economy and boost economic growth”. She voted to set a decarbonisation target for the UK within six months of June 2016 and to review it annually thereafter, but was absent from many other votes on climate change and the environment.

The above is what Nandy had to say on the Scottish Independence question, so, if Labour hadn’t already lost Scotland, this would pretty much do it.

When Starmer whipped MPs to abstain on the truly awful Covert Human Intelligence Sources (CHIS) Bill she was not one of the principled MPs who defied the party whip and voted against. But then she would have lost her front bench position, which I’m fairly sure means more to her than our human rights.

No friend of Palestine

And the once chair of Labour Friends of Palestine has proven herself no friend to the besieged people of Palestine whatsoever. Speaking at an event in Manchester last month, Nandy stated both herself and shadow Middle East minister, Wayne David, “didn’t support the blocking of the sale of weapons to Israel that helped it deflect rocket attacks” and added: “Israel has a right to defend itself and Israel’s citizens have a right to live in peace and security”.

Pretty much the whole world has seen how Israel ‘defends’ itself against mostly ineffectual missiles from the country they occupy, and nobody should defend the use of such force against mainly innocent civilians.

She had said previously that Labour “won’t shy away from calling out behaviour that abuses human rights, that erodes the rights of people, that makes the hope of a two-state solution ever more distant” but it seems that under the Starmer leadership Labour has indeed shied away from any criticism of the daily human rights abuses of Palestinians by the Israeli Occupation Force.

She has made no secret that she is opposed to Boycott Divestment Sanctions (BDS) and has said of BDS: “I have never supported it because of the very particular circumstances in which Israel came into being and the constant attempts to undermine the right of Israel to exist.”

She either has no idea of what BDS is trying to achieve, is naive, or is just playing up to Labour Friends of Israel (LFI) who have far greater influence within the party of which, to the horror of decent Labour supporters, this woman could become leader.

Campaign against Corbyn in his own constituency

As if Starmer is not now just a joke in a suit, we would have the woman who said she would doorknock for any Labour candidate who stands against Jeremy Corbyn in his constituency of Islington North, should the whip remain withheld from him come next election. She has been ridiculed for this statement on social media, and rightly so, with people from all over the country vowing to canvas for Corbyn, should he stand as an Independent.

Corbyn has been MP for Islington North since 1983, has been a strong campaigner for human rights throughout the world, works tirelessly for his constituents – who continue to vote him into Parliament – and, upon being elected leader of the Labour Party in 2015, saw unbelievable support and love from members and non-members up and down the UK. People still turn out in all weathers just to hear him speak, so I have absolutely no fear at all of Nandy being able to rally people to canvas against him. Just as a matter of interest, do people turn out in any weather to hear Nandy speak?

A quote from Nandy which I find laughable and naive is “We used to spread our democracy to the rest of the world”. Did the woman learn nothing when she studied politics at Newcastle University and obtained a Master’s Degree in Public Policy from Birkbeck, University of London? Perhaps a few history lessons Lisa?

So who might Labour’s next leader be? For surely the writing has been on the wall for Starmer for a while now? The names I’ve heard put forward are, as stated, Nandy’s, Hilary Benn’s (whose father must have been and would be, crushingly disappointed in him ) and Yvette Cooper’s.

In the coup against Corbyn in 2016, with Benn as the main instigator, all three supported Owen Smith’s pathetic attempt at a power grab from Corbyn. Which in my opinion rather calls their judgement into question.

I don’t know about anybody else but these three remind me of three little mice; not the ones from the nursery rhyme, just pesky little mice who squeak away and achieve bugger all other than to annoy most people. If these three are the best Labour can come up with, then the best of luck to them.

One thought on “Bride of Mandelstein”