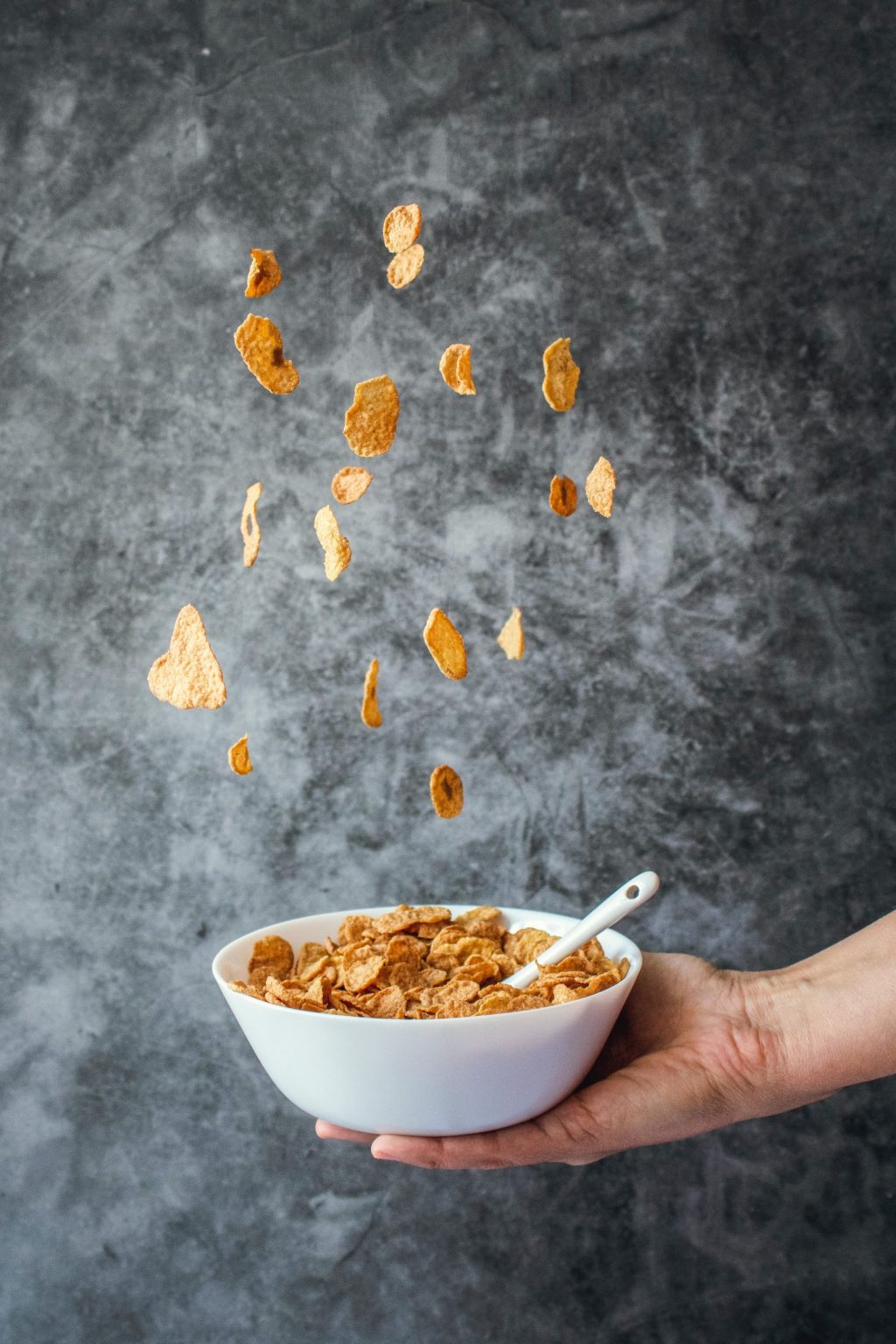 I didn’t have anything to write about in the last issue. I was coping with a family emergency at exactly the wrong time, and the needs of others took top priority.

This article is about people who do not, cannot, put the needs of others before themselves.

Since my last article, of course, there have been two huge crises which have affected every real person in the UK: the cost of living crisis, and the invasion of Ukraine (with the subsequent fallout).

It is the invasion which I would like to talk about. In particular, the topic of psychopaths.

I am deliberately using this term, as compared to sociopaths. Psychopath is a far more heavily loaded noun, which brings up images of Norman Bates and Janet Leigh in a monochrome Hitchcock shower scene, and Christian Bale’s metrosexual monster chucking a running chainsaw down a stairwell (a far more monstrous deviant than Heath Ledger’s or Jared Leto’s Joker).

ScienceDirect has this to say about psychopaths:-

Psychopathy is defined as a mental (antisocial) disorder in which an individual manifests amoral and antisocial behavior, shows a lack of ability to love or establish meaningful personal relationships, expresses extreme egocentricity, and demonstrates a failure to learn from experience and other behaviors associated with the condition.

The Narcissists In The Room

The media have a bad habit. They love war. They go hot for war, like addicts think only of their drugs, like a person with an obsession has a fixation for the object which drives their cravings.

War, to a press baron, means inflated circulation and ratings. Which means money. So of course they want war. The problem is they want war too much. Given the chance of having a war or having peace, the media will go for war every time.

The media are about feelings – stimulating emotions. The most powerful emotions are fear, anger, outrage, hatred, and self-righteousness. All of these provide huge boosts of dopamine, which is good for the ratings because dopamine is addictive, and the rush brings people back to the source over and over, craving more of the same.

It doesn’t matter if the dopamine surge comes from learning something new and wonderful, or from some news of bombed orphanages or some atrocity that makes the readers seethe and bay for blood. Dopamine is dopamine, and your favourite media outlet is your pimp and dealer, all rolled into one.

The biggest issue of the day, as of today (March 11, 2022) is, of course, the invasion of Ukraine by the Russian forces under the orders of Vladimir Putin. This invasion is of global importance, and not only for this incident, but for future invasions.

The response of the global business community has been little short of astonishing. Reports of major companies withdrawing from Russia, or shutting down Russian access to the markets in which they operate, are surprising moments of good news amid the steady feed of unremitting hostilities and the human angle stories of refugees. For every report of a bombed facility, we receive news of some new corporation joining in with the general exodus from Russia, and the tanking of the country.

If nothing else, if this corporate protest succeeds where diplomacy does not, it could have a chilling effect on society, because it will show that capitalism has accumulated that much power in this modern era that it can dictate to entire nations which wars they want to have.

In the meantime, according to the media, it sounds as if Putin is not entirely having his own way. And yet, we all know that it is really the ordinary citizens of Russia who end up suffering from a tanked Russian economy, while Putin plays chess in his metaphorical Ivory Tower and laughs like the textbook megalomaniac he is.

… the established method of influencing the decisions and behaviour of foreign governments and peoples through dialogue, negotiation, and other measures short of war or violence.

All of these measures require the establishment of, and maintenance of, some sort of conversation between people who have the power and authority to commit a nation to war, or peace. Diplomacy is possibly one of the most powerful toolkits available to people, which makes its failure feel not only disappointing but inevitable.

Almost as though our nation’s representatives had stepped back from the table, shrugged our shoulders, said “Well, at least we tried” or “Don’t say we didn’t try,” and then reach for the guns which just happened to be stockpiled right beside the negotiators within easy reach.

When your media are all hot for war; when they crave the circulation figures, ratings, and advertising revenues which come from juicy coverage of hostilities; expect every diplomatic success to be greeted with disappointment from our media anchors, and glee from every failure and broken ceasefire.

Our leaders seem not only to be showing the symptoms of psychopathy as described above, but also of malignant narcissism. Listening to the leaders over here and to Putin, there is clear evidence that individuals within the leadership exhibit the following traits, as defined by Choosing Therapy:-

This may sound familiar. The more you look at the personalities involved, here and in Russia, the more familiar the traits will seem.

The great crime is that our media, and theirs, are letting these churls and louts get away with their obscene behaviour, again and again.

Because they are good entertainment.

Because their outrages and atrocities bring you back to the media over and over, to hear of the latest casualty figures, and to scream in outrage – outrage which they are only too happy to sell to you.

Because nobody at this level is even remotely interested in dialogue, negotiation, or peace. They just want your emotions, and of course your money and your continued custom.

You are not an audience to them. You are their cult followers, and they are the Jim Joneses leading you all a merry dance down the garden path.

The one thing the media want is a stable source of income. Wars are a strong source of coverage, and the continued reportage from the front lines yield a bitter, yet fruitful (well, lucrative) harvest.

If it was in their power to end war, no war would last more than a few short hours. But perhaps they have that power, and choose to use it instead to prolong those wars.

The media coverage of war seems to have two effects: they keep the media fed and watered with money and adulation, and they keep the people from taking matters into their own hands and ousting the corrupt politicians we have in charge. As long as the media lie to the public about how good our leaders supposedly are, and what an important job they are supposedly making in attempting to bring peace to the world’s troubled hot spots, the Powers That Be will sleep comfortably in their beds, knowing that their jobs will remain absolutely safe.

So, then, what hope is there?

The focus should not be on the leaders. The focus of resistance should be aimed at the media.

The media have refused, as a matter of policy, to hold the leaders of the world to account for twenty years and more. Historians can look back at clear violations of trust and outright corruption, and utter incompetence and cronyism, going back as far as Margaret Thatcher’s tenure as PM, and you can find plenty of evidence of governmental corruption going back even further.

It feels as though the government has always been this corrupt, but that it is only through a complicit media over the last 22 years that the clowns in charge have become arrogant and cocky, and flaunted their incompetence and corruption openly. They are laughing at the public and cocking two fingers at us all, because the media are in their pocket this time.

The key is believing that the media must be held to account for their own egregious failures. Nobody here is God. Nobody is infallible. And we can start calling them out on this.

Because only if we all, as a people, begin to raise a clamour to the media to force them to admit their negligence and begin to tell the truth for the first time in some of their lives, can we begin to turn things around; to tell Johnson that he is unwelcome and tell him and his coterie of buffoons to take a hike and never return; and to tell the Labour leader to pick up his P45.

Our leaders are incapable of doing anything but fail. Our media, owned by psychopaths, are no longer up to the task of challenging our mindless would-be rulers.

Our society, our communities, deserve so much better, and we need to show them all the door.

Hopefully, the next lot we bring to power will have a head on their shoulders. We need to end the Peter Principle’s hold on politics, or they truly will be the death of us.