Benefits – a review of an old feminist classic 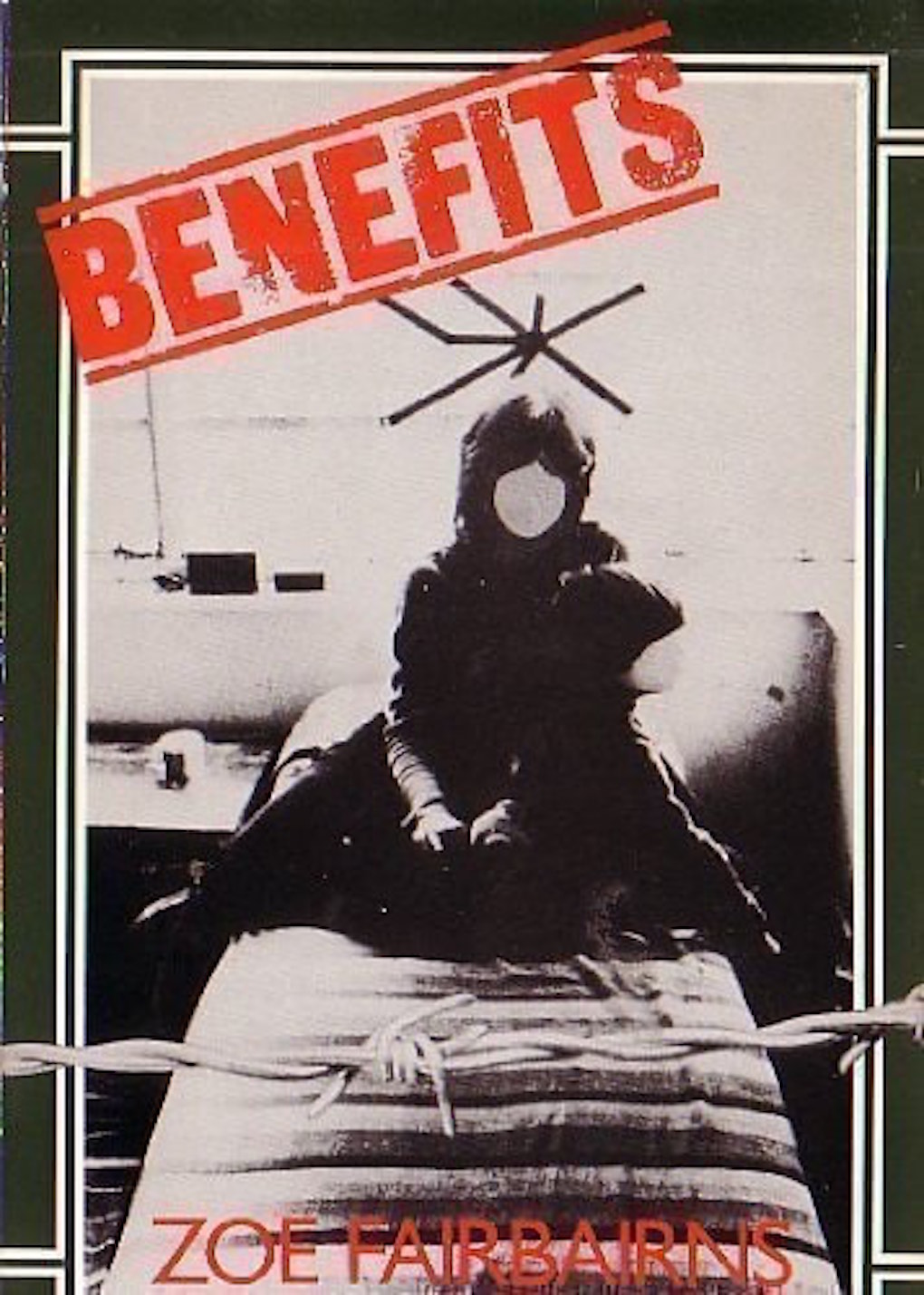 THIS is a book review, but not of a recently published book, rather one published back in 1979 by Virago and written by the wonderful Zoë Fairbairns, predating probably what is the more famous dystopian novel, ‘The Handmaid’s Tale’ by six years.

I first read ‘Benefits’ a year or two after it was published and, although it was seen as science fiction – it was nominated for the Philip K Dick Award for science fiction, and the Hawthornden Prize for imaginative literature – even then I could see how the events as relayed in the novel could so easily unfold in Britain. I cannot find my copy at present, still packed away in a box, so this is being written from memory, but the fact that I can still remember most of it so vividly should tell you what a very good book this is.

Without wishing to give too much of the plot away, it is about how the government slowly begins to control the lives of women through not only the benefit system but also through birth control methods. Set in a commune in a decaying city tower block the story follows Lynn, a journalist and mother of a disabled daughter, Lynn’s husband Derek, and two other women, Marsha and Judy.

If you think ‘The Handmaid’s Tale’ by Margaret Atwood, which I also loved, is the definitive novel about what the future could hold for women you really do need to read ‘Benefits’, especially if you live in Britain. Although written during the time of a Labour government, it has often been seen as an attack on Thatcher’s government, but Fairbairns wrote it in response to her anger over the child benefit scheme being scrapped in 1976.

The Labour Government had promised to introduce child benefits, a weekly cash payment for children’s main carers, which would usually be the women. To accomplish this, fathers would be expected to pay a little more tax and this didn’t go down well at all with many of the, largely male, trade unionists of the time. A Cabinet minute from the time, which was leaked to the press, stated: “On being informed of the reduction in take-home pay which the child benefit scheme would involve the TUC representatives reacted immediately and violently against its implementation, irrespective of the level of benefits which would accompany the reduction in take-home pay.”

At this same time the Government was trying to persuade the unions to moderate their wage demands, and promising that in return it would not increase income tax, but of course the child benefit would mean tax increases, so one of these policies was dropped, and as was so often the case back then, and to a lesser extent now thankfully, it was the women who were to pay as the Government decided to axe the child benefit.

Feminists were outraged. Barbara Castle MP said at the time that women would not take this disappointment “lying down”.  And they didn’t. Women from varying backgrounds and political parties came together to protest and petition the government over this betrayal, and eventually the benefits were put into place, but at a lower rate than promised.

It also caused many heated debates amongst women at the time with some believing that if a child benefit was paid it would mean the government had control over women’s lives, and though most agreed that a benefit was necessary some saw it as just wages for housework while others didn’t like the fact that it would be paid for by taxing fathers.

It was in response to all of this, and the sexism prevalent at the time, that Fairbairns decided to write her third novel.

Some of you may be familiar with a quote from the book which has made it onto cards etc, but may well be unaware of the origin: ‘The birth of a man who thinks he’s God isn‘t such a rare event.’ It’s from this incredible book, ‘Benefits’. If you have an old copy, re-read it, if not, go out and buy one now!

2 thought on “Benefits – a review of an old feminist classic”