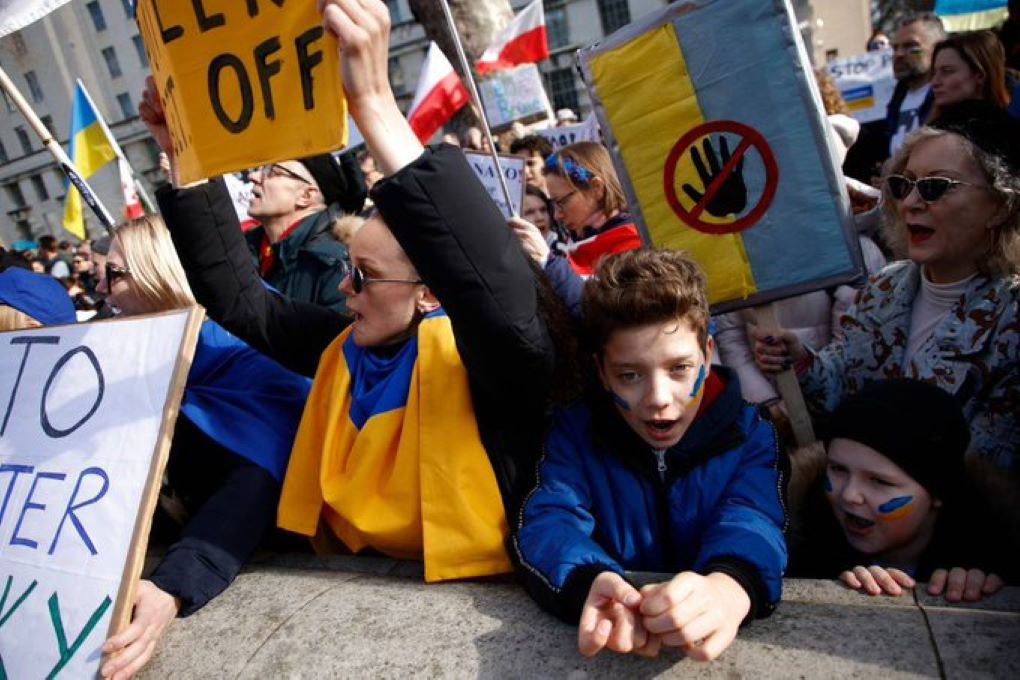 On Sunday Belarusians joined the worldwide protests against war on Ukraine as their government sanctioned rocket and missile attacks and Belarus soldiers joined Russian forces crossing the border into Ukraine. The attacks coincided with a referendum to give Belarus President Alexander Lukashenko increased powers and to bring the country closer to Russia. Well, it has brought Belarusians closer to their Russian counterparts who spent the weekend protesting against the invasion of Ukraine

Because of the referendum there were already large numbers of people on the streets, queuing to vote, or rather to spoil their ballot papers in response to a call from the pro-democracy movement in Belarus. They had already declared the referendum a sham, with a foregone conclusion. And in places these queues quickly became impromptu demonstrations to stop the war in Ukraine.

In Minsk crowds assembled outside government buildings and traffic jams formed as drivers stopped and honked their horns in support.

According to Ukrainian media reports, demonstrations took place across 12 towns and cities. Hundreds have been arrested. This is all the more remarkable if you remember the ferocious violence used by Belarus authorities last year to put down protests over sham elections. If you are arrested in Belarus you risk torture and death. Yet still they came out today. Remember their courage next Sunday as you join in the world wide demonstration to stop the war in Ukraine.