Back to the future with Labour 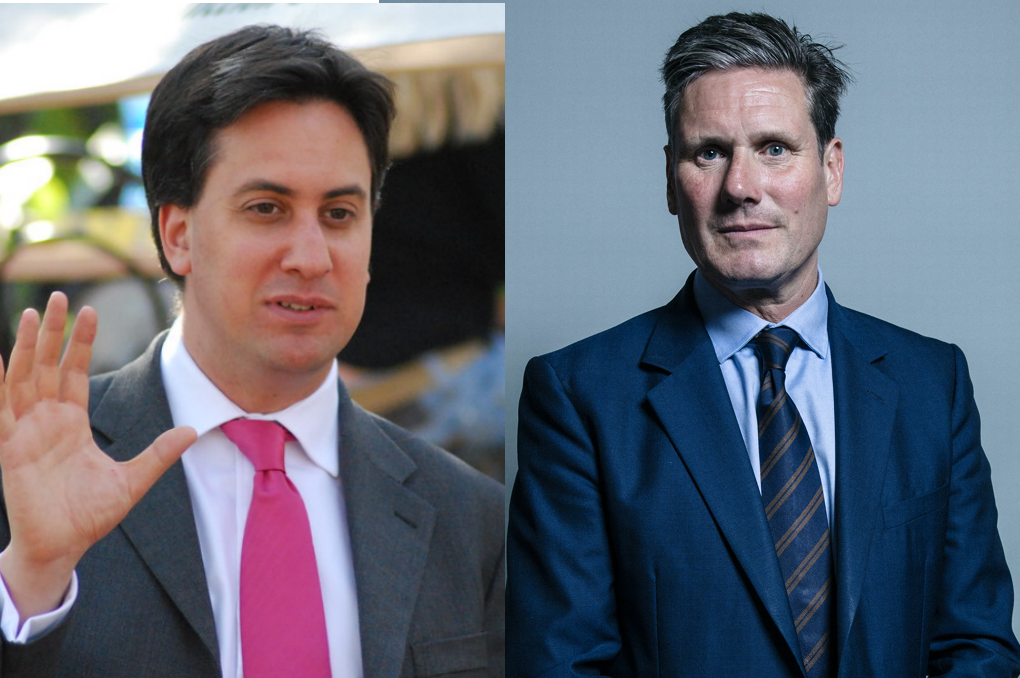 Sir Keir Starmer’s victory over the members of his own party was met with glee by his supporters. In a widely seen tweet, right winger Wes Streeting gloated: “Today is a victory for @Keir_Starmer and even more importantly it has moved the Labour Party on from the politics that led to our worst defeat since 1935.” As you might expect from a politician of Streeting’s calibre, almost every word of that is false.

The victory referred to was the rule changes that moved Labour back from one member one vote to an electoral college that means each Labour MP has as much power as 2,600 members in deciding who should lead the party. Of course that ratio is an ever changing number as Labour is losing members at a rate of knots. If the membership keeps declining there could well be more MPs than members, a situation one suspects that would not bother Starmer so long as they were all billionaires.

The ever dependable voice of the nation, Laura Kuenssberg quoted unnamed Shadow Cabinet members (as an aside how come the most senior political correspondent in the UK can never get anybody to talk to her ‘on the record’) as she justified a move from a system where all votes are equal to one where no votes are equal. She explained that: “Removing trigger ballots should, in theory, mean that Labour MPs can spend more time talking to constituents than having to worry that every move might lead to their local party trying to oust them.” Well yes, but surely the opposite is also true. Having a job for life is likely to lead to MPs simply ignoring the views of the members who put them in parliament in the first place?

She continued with her justification of the unjustifiable by pointing out that the change “cuts down on the risk of “entryists” to the party, who could join for a few pounds to install their favoured candidate.” But, in making this claim, she fails to do a basic bit of journalism. When you make a claim, support it with some facts. Where is the evidence of so-called entryists? Indeed, if these new members with no commitment to the party are such a problem why did Sir Keir go out of his way to recruit them during his leadership campaign? Possibly the real issue is that those who support the left are the wrong kind of entryists.

In 2015 following the General Election defeat Ed Miliband stood down, having successfully steered through changes that would lead to the democratisation of the party. Those rule changes were pushed through at a special conference in March 2014. It is interesting to note that whilst the changes were overwhelmingly endorsed with only 14% against, they had less support amongst the membership (76% in favour) than the trade unions (96% in favour). The Guardian noted at the time: “Miliband has pulled off something that even Tony Blair never achieved. Blair knew that Labour had never really embraced full OMOV.”

The irony is that in seeking to take Labour back to its “glory days” Starmer has abandoned any pretence that OMOV is more democratic than an electoral college which puts power in the party firmly into the hands of MPs and trade union bureaucrats. LabourList editor Mark Ferguson noted in 2014: “These changes should allow Labour to have a direct relationship with hundreds of thousands more people – and bring more people into the party than are currently involved. The Labour Party – and party politics in general – can feel pretty moribund at times. By lowering the barrier for entry and engagement, this provides an opportunity.” It seems Starmer and his cronies prefer moribund over engagement.

What nobody anticipated in 2014 was that these hundreds of thousands of new people would lean to the left. Indeed, what nobody at the time saw coming was Jeremy Corbyn. In 2015 Jeremy Corbyn was the ‘joke’ candidate, the plucky left-winger whose own support could not get him onto the ballot. MPs who nominated him, including Margaret Beckett, were described by former Blair adviser John McTiernan as “morons” on Newsnight shortly before the result was announced.

The Labour establishment was horrified that a lifetime campaigner for democratic socialism might be about to become the leader of “their party”. The contempt for ordinary members was apparent before Corbyn even won as McTiernan explained their support in the following way: “Political parties are full of suicidally inclined activists and clearly some Labour members are suicidally inclined.“

Utter contempt for the members

We now know that Labour’s establishment were working day and night behind the scenes to derail Corbyn. It’s hardly suicide when you have numerous knife marks in your back! Their commitment to the Labour Party extends only to when it is firmly in their right-wing, neo-liberal, capitalism-loving grip. Their utter contempt for activists who pound the streets to give them the cushy jobs they enjoy and the rewards that go with it is clear from the way they turned on those members the minute they became enthusiastic about a leader they saw as “one of their own”.

On the Labour left there are plenty of people who believe that if we can elect Corbyn once we can do it again. This time in the guise of Zarah Sultana or more likely Richard Burgon. For the right, the moment they lost in 2015 their sole focus was in ensuring that this could never happen again. The 2017 General Election result in which Labour’s left out-manoeuvred both its own fifth column and a Tory Party under the leadership of field gambolling Theresa May was supposed to herald the end of the Corbyn era. It didn’t. It delivered Labour’s best result since 1997.

It was after this that the anti-Semitism claims began in earnest. It is noticeable that in 2015 not one major newspaper mentioned anything about Jeremy Corbyn’s alleged anti-Semitism. Not one of the many MPs who now routinely and shamelessly condemn him thought it worth mentioning. The BBC had a page of quotes from those both for and against Corbyn. How odd that those Labour MPs who had been parliamentary colleagues of Jeremy Corbyn since 1983 had totally failed to notice his anti-Semitism.

The Guardian which spent the next four years smearing him at every opportunity had this to say: “During his three decades in parliament, Corbyn has spent much of his time championing causes such as the Stop the War Coalition, campaigning against the private finance initiative and supporting peace efforts in the Middle East.” Strange how they never noticed his anti-Semitism.  Even the Jewish Chronicle, which has paid a number of libel payouts to left wingers falsely accused of anti-Semitism could only manage: “links with antisemites and Holocaust deniers.” This, rather than an accusation that he was an anti-Semite.

But, for all that, the constant framing of Corbyn in the national media as an anti-Semite did its job. The 2019 General Election was never a battle between the Tories and Labour, or between Brexiteers and remainers, the real battle was between Labour’s membership and its establishment. When Labour lost, the shift to the right was immediate. For all his talk of unity Keir Starmer was the candidate of the Zionist establishment wing of Labour. The only unity he was ever interested in was in uniting the right-wing of the party as a kind of Blair tribute act. Though his determination to root out socialists (for which read anybody who can see Israel for what it is) makes him more of a McCarthy tribute act.

These rule changes do nothing at all to address the real issues facing the U.K. or the World. They are designed with one aim only. To secure the Labour Party for the right. Ironically, there will be those on the right of the party already doing the maths ready to mount a challenge against Starmer. Don’t think Angela Rayner is not considering it. And, I’m sure there are others. What all of them will have in common is an absolute aversion to championing policies that will even reform British capitalism let alone remove it.

These rule changes came wrapped in a Zionist bow as the likes of Ruth Smeeth and Margaret Hodge were invited to accuse any member who supported Palestine of being an anti-Semite. Meanwhile came the welcoming back of Iraq War supporting Dame Louise Ellman, who resigned prior to 2019 as she was likely to have been deselected. The new rule changes protect MPs like Ellman who now will no longer be concerned about what the people they are are supposed to represent think.

For the left inside Labour they have to make a decision. The Labour Party is now all but officially a Zionist organisation. It has rules in place to ensure that no successor to Jeremy Corbyn will ever again get on the ballot paper. Its politics are neo-liberal with a social agenda that is not as radical as either the SNP or the Green Party. Indeed, it is likely to be less radical than the Liberal Democrats by the time of the next election, quite possibly with similar levels of support, unless it can find something, anything, it can actually believe in beyond getting elected. The left will be hounded out if it looks likely to succeed. Of course, CLPs will still be able to be “left-wing” and some will convince themselves that they are taking forward radical policies, but in reality these rule changes neuter the activist base of the party to be no more than cheerleaders for whoever their MP or prospective MP happens to be.

But, and this is the rub. These socialists pouring their hearts and souls into trying to transform a party that despises them, will still work day and night to get right-wing candidates elected. The left for all its endeavour can only end up strengthening the position of the right. But, you might argue, if the left can get more left MPs elected then they can change the party from the inside? Think again. A party that holds its own members in such contempt is not going to allow a growing left contingent into parliament. The fact that the NEC, who had to ratify the current changes, has the final say in candidate selection means that future candidates will be selected in the image of the leader, politically at least. The left has lost the Labour Party. It really is time to move on.