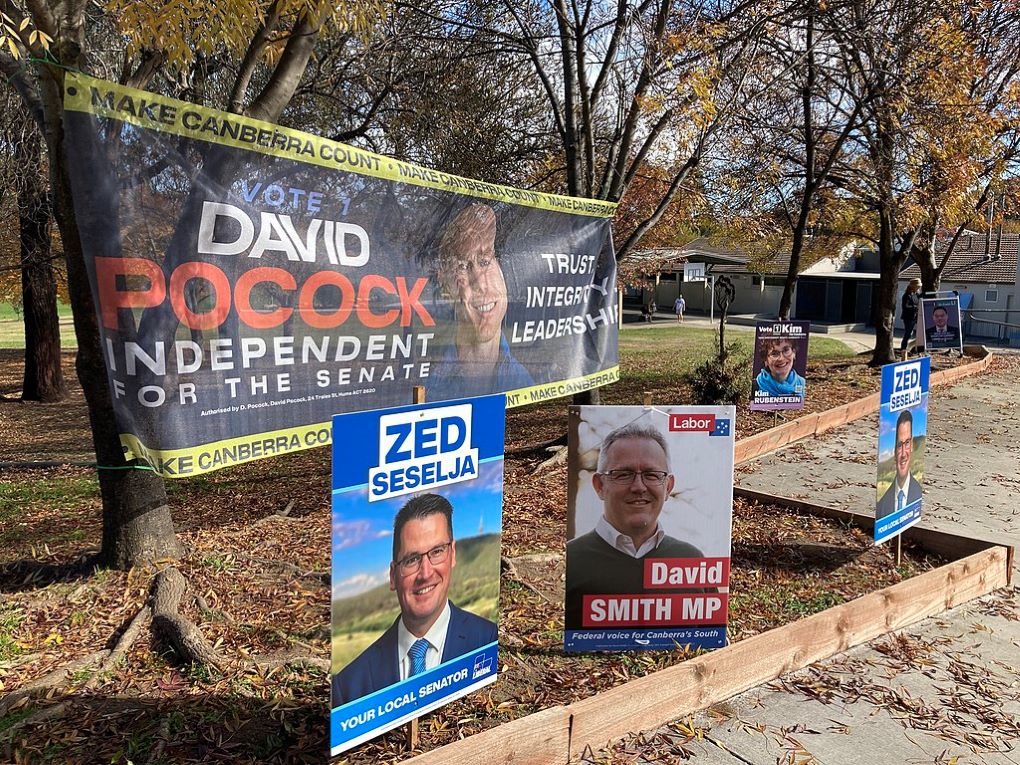 The Australian Labor Party has won power and Anthony Albanese is Australia’s new prime minister. The chances are he will head a minority government with support from the Greens, having trounced the ruling coalition, headed by Scott Morrison.

At the last election in 2019 Labor won 68 seats in the Australian equivalent of the House of Commons, the House of Representatives. The Liberal/National Coalition won 77 and the six remaining seats went to independents and minor parties. This time Labor have 73 seats. The outgoing Coalition have 51, the Independents and smaller parties, including the Greens have 13 seats and 14 seats are still undecided.

It looks as if the main beneficiaries are going to be the Greens and the Independents. Both Labor and Coalition votes are down on 2019 and, although the Coalition has lost so many seats that it has already conceded, it has still polled more votes than Labor. The Green and the Independent resurgence has cost the government this election, not a transfer of support to the Labor Party. Professional city dwellers turned away from the government as it embraced populist policies on race, sex, and immigration, boosted fossil fuel production and failed to tackle corruption amidst a rising cost-of-living crisis.

A Victory for The Left?

Meanwhile, here in the UK both left and right are claiming the Australian result as their own. Starmer has sent his congratulations in an oddly phrased tweet that referred to, “stale conservative rule.” So, what’s the problem, Keir? Would you prefer fresh conservative rule?

Left Twitter in the UK has focused on Labor’s success in Australia being achieved in the face of the unremitting hostility from Murdoch’s media empire, and contrasted it with Starmer’s own mealy mouthed capitulation to Murdoch by agreeing to write for the Sun.

Left Twitter are also pushing the line that the Australian Labor Party is more like UK Labour under Corbyn and painting Anthony Albalese as a socialist, whose victory demonstrates the rising tide of popular support for socialism around the world.

If his government did represent a full-blooded socialist alternative, we could look forward to the end of Australia’s Harsh Immigration Policy and positive support for the Australian First Nations. But I believe that Albanese is a pragmatist rather than a socialist. He has shifted to the right during the campaign, rowing back on ambitious climate change targets and on raising minimum wage to match inflation in Australia’s own cost-of-living crisis.

His government is already being described as centre-left. I do expect him to remain true to his commitment to positive action over climate change, if only because he needs Green party support. This is something we can all welcome.

But whether his government is centre-left or left-of-centre, the crucial point for socialists is whether a government with an electoral mandate for change which challenges the neo-liberal consensus is able to keep its promises in the face of ruling class hostility. Murdoch’s attack dog and Australian Sky News presenter, Paul Murray, who previously referred to the Labor leader on air as “fucking Albo”, has already declared to his listeners that, “the resistance starts now”.

If the Australian working class are going to resist ‘the resistance’ they will have to go beyond Albanese’s pragmatism and insist on taking independent action to defend their interests, if and when a Labor government buckles under pressure and breaks its promises.