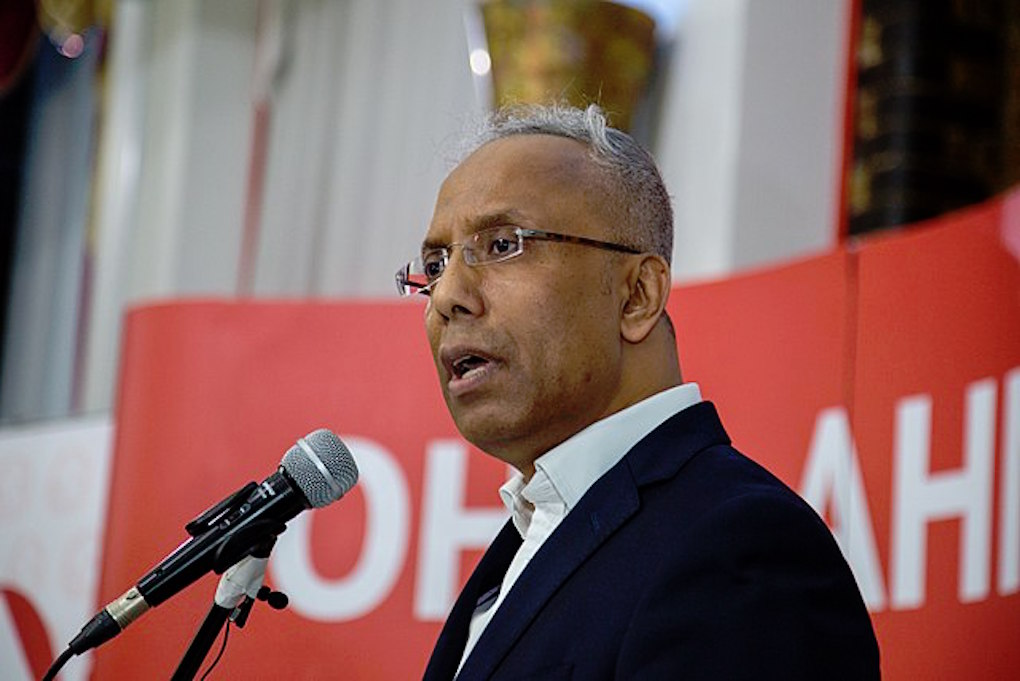 IN what must have come as a shock to Labour over the weekend, Lutfur Rahman of the Aspire Party won the mayoral election for Tower Hamlets, defeating the incumbent, John Biggs. Labour has been quick to crow about their wins in Westminster, Wandsworth and Barnet but is, unsurprisingly, remaining quiet on losing Tower Hamlets. The borough has not always been under Labour control since it was established in 1965, but generally has been.

The Liberal/SDP (Social Democratic Party) alliance won a majority in 1986, and the Liberal Democrat party won control of the council in 1990, holding it for just one term. Labour has won every other council election in Tower Hamlets since, other than in 2014, when Lutfur Rahman’s Tower Hamlets First party won 18 seats, giving no party overall control. Previous to Thursday’s elections, Labour held 42 seats and now has only 19, so, whatever they might say, this is a major blow.

So who are Lutfur Rahman and the Aspire Party? Rahman was originally a Labour leader of Tower Hamlets council from 2008 to 2010 before running independently for the mayoralty in 2010. He won re-election in 2014 under a new party called Tower Hamlets First, but that party was dissolved in 2015 after his suspension, and Aspire was formed in 2018. Aspire’s whole campaign has focused heavily on local issues including discontent with low traffic neighbourhoods, problems with bin collections and Rahman’s self-professed track record when he was last in office.

Rahman’s, and Aspire’s, eight point plan for Tower Hamlets is exactly what the whole country needs, and Labour would do well to take note:

It’s both interesting and telling that the pro-Labour (except when Jeremy Corbyn was leader of the party) newspaper, The Guardian, wrote their whole story around this astounding win by focusing on why Rahman was booted out of office in 2015 and nothing about why the people of Tower Hamlets may have wanted him back.

Rahman was found guilty of vote-rigging, buying votes and religious intimidation by an election court, but, after a £1.7m yearlong investigation into the allegations, the police and Crown Prosecution Service decided there was insufficient evidence to launch a criminal prosecution. He was however banned from running for office for five years.

Tower Hamlets has a large Muslim community, one which the Labour Party has ignored while chasing the Jewish vote. But the Aspire Party has shown that listening to people’s concerns rather than taking votes for granted can mean an independent party can put an end to our rule by the three main parties in the UK, and a left wing party can have influence, despite what the mainstream media might have you believe.

Following his victory, Mr Rahman said he was very pleased voters had given him “another chance to serve them” and “deliver my progressive agenda which I started in 2010”. He added: “I want to rebuild Tower Hamlets, I want to invest in our future, and give our people a better future than we had in the last seven years.”

“The people of the borough gave a verdict today. I was in the court of the people and they said in a loud voice that they wanted Lutfur Rahman and his team to serve them for the next four years,” Rahman said.

“Judge me and my administration on our record, what we’ve delivered in the first term. The only borough in the country to have free home care. We delivered the London living wage – the first in London. We delivered the university bursary, educational maintenance allowance. Our promises going forward are even more progressive. Judge me on what we will do for you.”