As species die, time runs out for us all 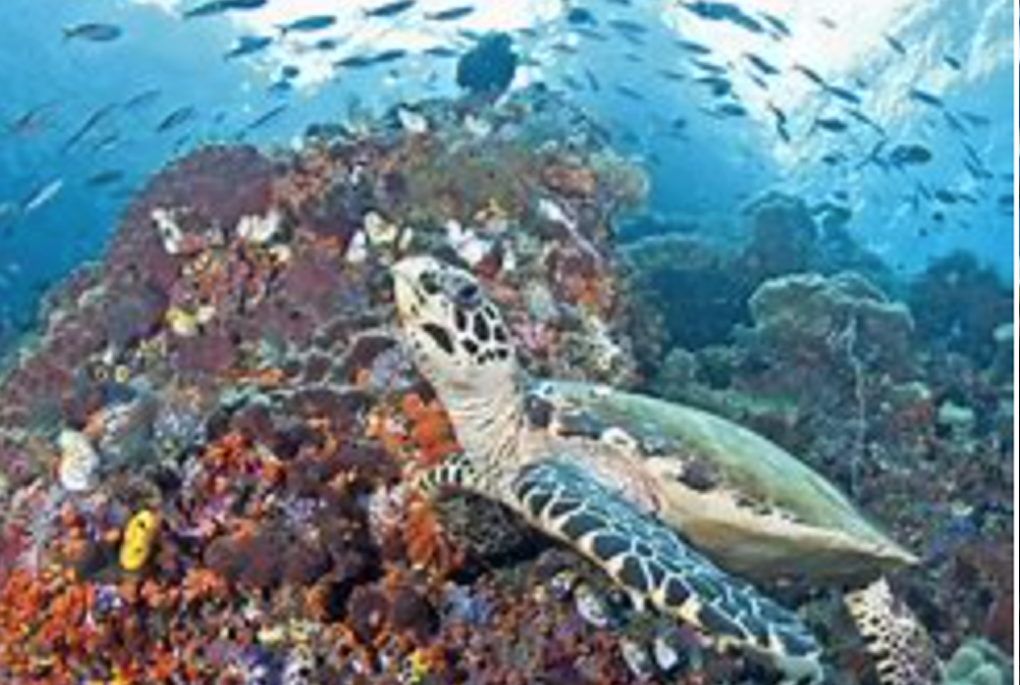 FROM a drought in Kenya threatening more than 2 million people with starvation, to floods in China, to the very real danger of the world losing 18-49% of its insect species, we are a planet in crisis and we are running out of time.

People are dying in fires, droughts and floods, so why should we care about insects or animals which are becoming extinct? Because, if you don’t care enough for them simply because they exist, you should be aware that they are crucial to our well-being. Biodiversity – the term used to refer to every living thing, including plants, bacteria, animals, and humans – is in jeopardy because of the actions, and inactions, of one subset of that group, us humans.

A relatively new term, first coined by Walter G. Rosen in 1985, biodiversity has been adopted by the United Nations which recognises that all organisms within an ecosystem are interconnected. So, when the diversity of organisms within that ecosystem declines, so does the ecosystem’s ability to function and survive.

Biodiversity supports everything in nature that we need to maintain balance and support life: food, clean water, medicine, and shelter.

We should be frightened

It is estimated we are losing 27,000 species a year, or one every 19 minutes – itself a conservative estimate with the United Nations’ own council on biodiversity putting it at 150 each day. Read that again – we are losing at least one species every 19 minutes. How are we not all terrified? Because we should be.

We hear people, from top scientists to Greta Thunberg, to global groups such as Extinction Rebellion, warning us that we must change the way we live, but are people and their governments listening?

Thirteen years ago a climate law was passed in the UK and an independent climate change committee set up to advise successive governments on what emissions targets to set and how to meet them. The UK, at this time, had a target to reduce emissions by 60% by 2050 and when Gordon Brown, then Prime Minister, asked the committee to examine whether a stronger target was necessary the answer was yes, and the the UK increased its ambition to 80%.

More than a decade later, in June 2020, the committee said this should be upped to 100% and the UK became the first major economy to commit to net zero greenhouse gas emissions by 2050. That is only 29 years away, yet out of the ten warmest years in the UK, nine have occurred since 2002 and four within the last decade.

Global action, as set out in the 2015 Paris Agreement, where 195 countries adopted the first-ever universal and legally binding global climate deal, would significantly reduce the impact of climate change, and governments throughout the world are keen to show they are taking this crisis seriously.

We are failing to reach goals set

Those countries signed up to the Agreement approved a goal of keeping the increase in global average temperature to well below 2°C above pre-industrial levels and to aim to limit the increase to 1.5°C. The importance of countries working together cannot be overstated; emissions anywhere affect ecosystems everywhere.

But let’s look at the wording: it is a goal, and a goal that we are already failing to reach.

The UN Climate Change Conference COP26, due to take place in Glasgow this November, is prefaced by the publication of the United Nations updated version of the Nationally Determined Contributions (NDCs) Synthesis released last week and which shows the world is not on track to reach the temperature goals of the Paris Agreement.

It is two years since the EU presented its European Green Deal, committing to climate neutrality (climate neutrality is achieved when organisational activities result in no net effect on the climate system) by 2050. The focus of the Green Deal ranges across eight policy areas – biodiversity, sustainable food systems, sustainable agriculture, clean energy, sustainable industry, building and renovating, sustainable mobility, and eliminating pollution and climate action.

Has it achieved anything in these two years? Well, we now have the European Climate Law, which has made the EU’s 55% emissions reduction targets legally binding for member states; the EU Code of Conduct on Responsible Food Business and Marketing Practices, signed by 65 organisations to increase the availability and affordability of healthy and sustainable food options, but the rest is mainly talk of objectives and targets – synonyms for goals which we are failing to meet!

Insects and animals are dying

Meanwhile, while committees throughout the world are set up and people in many cases are being paid large sums of money to look at what can be done, animals and insects are dying and/or at risk of becoming extinct.

If we carry on without major change, it is estimated that by 2100, if we’re still here, 50% of all the world’s species could be extinct. Fifty per cent!

One of the most important insects for us humans is the bumblebee, yet this little pollinator is in trouble. In Europe, they are 17 percent less plentiful than they were in the early 20th century and in North America you are 50 percent less likely to see a bumblebee in any given area than you were prior to 1974.

We know this is a direct result of climate change, as bumblebees prefer a cooler climate, so, where there have been extreme temperature swings, there has been a decrease in the number of bees. As bees are responsible for spreading pollen and fertilising many types of wild flora, as well as crucial agricultural crops, this should be of concern to everyone.

From butterflies to sharks to bears

The beautiful monarch butterfly, found in Western Europe, the Americas, Canada, India, Australia and New Zealand, and some Pacific Islands, is showing a decrease of between 59 and 95% according to EarthDay.org which is put down largely to habitat loss caused in part by pesticides. Butterflies do not just bring beauty and colour to your garden; like the bees, they pollinate.

Apart from providing shelter for many marine organisms and protecting coastlines, coral reefs are a source of nitrogen and essential nutrients for marine food chains, but they too are in danger: 72% of those protected by UNESCO have experienced severe heat stress. This causes coral bleaching, which is an often deadly occurrence in which coral starves from a loss of nutrition.

Sharks, also vital to our marine ecosystems, are having difficulty hunting and are showing a higher embryo mortality rate as ocean temperatures and acidity rise worldwide.  Birds’ migratory patterns are being disrupted and oceanic birds are threatened by rising sea levels which can see their coastal habitats and nests submerged completely.

The list goes on and on and on. Whales, elephants, apes, koalas, giraffes, sea turtles, rhinos, dolphins, leopards, red pandas, orangutangs and more, are all in danger of extinction as a result of what we humans have done with our introduction of alien species, including weeds, pests, and pathogens worldwide; our hunting and gathering of animals and plants for consumption at what is an unsustainable rate; deforestation caused by our demand for both land and building materials… our greed.

Meanwhile, we have a PM who invokes the Muppets when speaking on climate change. While it was a change to hear Johnson call for radical action while in the US, after having previously ridiculed those warning us as ‘eco doomsters’, to hear him then go on to flippantly remark: “When Kermit the Frog sang, ‘It’s Not Easy Bein’ Green’ I want you to know that he was wrong. It is easy, lucrative and right to be green, although he was unnecessarily rude to Miss Piggy I thought,” indicates just how seriously he takes the issue.

We cannot rely on empty promises or wait for governments to carry out their studies and then slowly implement changes, we need to change NOW. It horrifies me that, as has been seen with climate activists, Insulate Britain, and their protests on the M25, people are more concerned with their journeys being disrupted than they are in what the activists are fighting for.

They are fighting for us, our futures. Our very lives depend on action being taken.

I do not get paid for writing here so if you feel you would like to support my work please donate here: paypal.me/susiejgranic@gmail.com

If you enjoy reading this then please subscribe so you don’t miss future posts. You can do that here

One thought on “As species die, time runs out for us all”