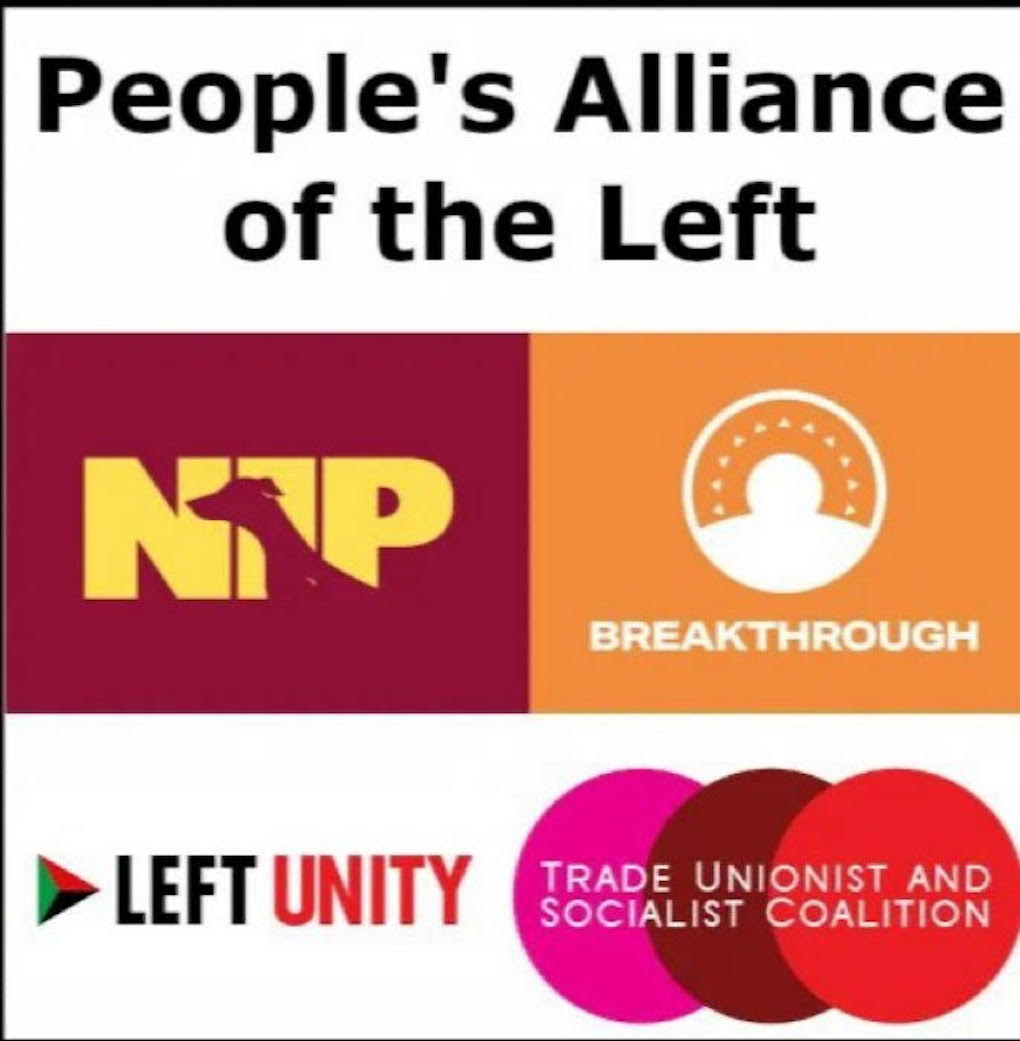 The new left alliance under the name PAL

WHAT a week it has been for the Labour Party. On Tuesday an eagerly-awaited motion calling for the Party whip to be restored to Jeremy Corbyn was tabled by NEC members Ian Murray, President of the Fire Brigades Union, and Nadia Jama.

It called his suspension “deeply divisive” and “extremely disrespectful to the people of Islington North who have overwhelmingly elected Jeremy Corbyn as their Labour MP for nearly four decades.” The NEC continued to disrespect Corbyn and his constituents when they voted 23 votes to14 to reject the motion.

Chief Whip Alan Campbell, whose power it is to reinstate Corbyn as a Labour MP, turned up and said that Corbyn had not answered his November 2020 letter demanding an apology for saying that the scale of anti-Semitism in Labour was “dramatically overstated for political reasons by our opponents inside and outside the party, as well as by much of the media”. Corbyn said this after the release of an investigation by the Equalities and Human Rights Commission (EHRC).

Everyone (who is honest enough to admit it) knows that the scale of antisemitism in Labour was overstated for political reasons. Those in the media and the PLP were only too obviously terrified of the more equal society Corbyn wanted to bring about. Heaven forbid the wealthy should pay a bit more in tax and that more social housing should be built, that children should not go hungry, that our NHS should be saved.

So Jeremy Corbyn, a Labour MP for Islington North since 1983, and former Leader of the Labour Party, remains an Independent. And the question many of his supporters are asking is whether he will stand as an Independent against a Labour candidate come the next GE. People are ready to come from all over the country to campaign for him should he do so.

This decision was the final straw for many Labour members who had been hanging onto their membership in the hope that the leadership would see sense and not continue to alienate socialists.

But that was not to be the end of Labour’s woes this week. The following day, Laura Pidcock, a member of the National Executive Committee of the Labour Party, resigned, criticising decisions taken under the current leadership of Keir Starmer.

She said in her statement re her resignation, “I promised fellow activists and friends that I would stand for the NEC. I did this as a bridge from Corbynism to what we expected to be the next stage. We weren’t to know exactly how Keir Starmer would handle matters within the party. At that stage, it was hypothetical. What has ensued is a barrage of top-down changes which is making it hostile territory for socialists, from those of us on the NEC, to those in CLPs across the country.”

Ms Pidcock also referred to the welcome given to former Tory MP Christian Wakeford when he crossed the floor, saying:

To be really honest, the cheering of a Tory MP crossing the floor in the House of Commons, an MP who has voted against everything we believe in, crystallised the deep unease.

She went on to say: “What I immediately felt was pain for all of those who are forced to use food banks, all of those who are going through the punitive ‘social security’ system, for all of the amazing activists protesting against the Police, Crime, Sentencing and Courts Bill, including Gypsy and Traveller people, who are also at the heart of resisting the racism in this legislation — some of the many reasons why this whooping by elected representatives of my own party, on that day, was so inappropriate and jarring for so many.”

As Howard Beckett of Unite the union said on Twitter: “Starmer’s Labour is swapping the likes of Laura Pidcock for Christian Wakeford MP. Says it all.”

We do have somewhere else to go

The only people cheering on the above news are centrists and the right of Labour. For a supposedly left-wing Party, the behaviour of the increasingly dictatorial Starmer and the PLP has driven out, and is continuing to drive out, members on whom the Party has relied in the past to go out in all weathers campaigning on doorsteps for Labour. The old cry of “stay and fight” has been ignored and former Labour Party members are instead intending to vote under the PAL (People’s Alliance of the Left) banner – an alliance of Left Unity, the Northern Independence Party (NIP), Trade Unionist and Socialist Coalition (TUSC) and the Breakthrough Party.

This alliance has been formed on the understanding that the Parties involved will offer mutual support and aim to avoid standing against each other. Candidates will stand as candidates of their constituent party (not PAL itself).

PAL faces its first test in the forthcoming Birmingham Erdington by-election where Dave Nellist, the former Labour MP for Coventry South East (1983 – 1992) and Coventry city councillor for the Socialist Party (1998 – 2012) today announced his acceptance of the TUSC nomination. This will provide a useful indicator of how many voters are prepared to vote for a genuine socialist alternative to Starmer’s Labour Party.

The policies of this alliance are what we on the left have been fighting for, and if we want change in this country we should be supporting PAL. The PLP’s mistake was in thinking we have nowhere else to go. We do now. We urge our readers to support Dave Nellist in Erdington by following his campaign twitter account.

Please follow our new campaign account for the #Erdington by-election at @Dave4Erdington, and click the notification bell to be amongst the first to hear of local #TUSC campaign events and activities https://t.co/A5oG0AU1J7