Are Tories Courting Disaster over Rwanda? 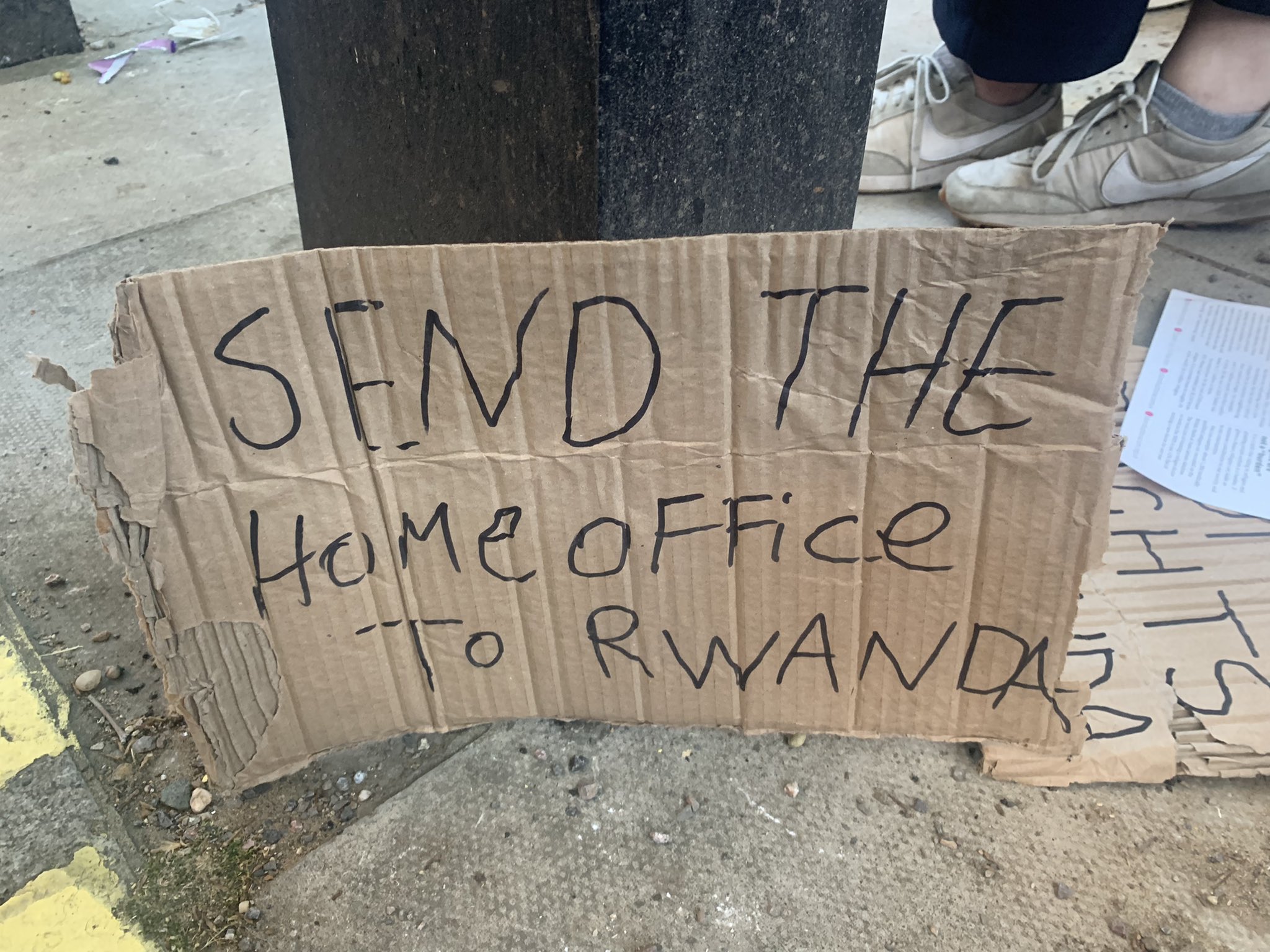 Photo by @nadiajonz for Critical Mass

Are the Tories courting disaster over Rwanda and the Northern Ireland Protocol? Since our own judges were mauled by press and politicians alike and labelled ‘enemies of the people’ for judgements delivered against the government prior to Brexit, they have been more circumspect and been more prepared to give the government the benefit of the doubt. Over Rwanda the Court of Appeal said that rather than wait for the outcome of a full legal challenge next month there was no reason to stop flights going ahead now because deportees could be returned to the UK if the government lost its case!

But it is not just UK law at stake here. Riding roughshod over the Northern Ireland Protocol will place the government in breach of international law. It signed the Protocol as party to an international treaty. The EU, the USA, and more than half the elected members of the Northern Ireland Assembly are opposing the government’s proposals which threaten to wreck the Good Friday Agreement.

With regard to Rwanda, a ruling by the European Court of Human Rights stopped the first flight. So now the cry is up from government ministers and backbenchers to withdraw from the Convention. Johnson has hinted that he agrees. This would also mean leaving the Council of Europe of which we are a founding member. Out of all the nations in Europe that would put us in the same club as Belarus, Kazakhstan and Russia, who has just been expelled following its invasion of Ukraine.

How Are the Mighty Fallen

In May 1948 the Congress of Europe met in the Hague. Following the horror of World War II, the International Committee of the Movements for European Unity called the Congress and invited over 800 people to attend, including politicians from the left and the right, leaders of employers’ organisations and trade unions, journalists, faith leaders and intellectuals. Seventeen countries from Western Europe were represented.

The Congress was chaired by Winston Churchill, though most of the working plenaries were chaired by Anthony Eden, who was to succeed Churchill as Conservative Party leader and Prime Minister in 1955, and Paul van Zeeland, who had served as the leader of the Catholic Party and as Prime Minister of Belgium from 1935-37.

When Tories bleat about taking back control, and Johnson hints that we might withdraw from the European Convention on Human Rights, we would do well to remember and to remind them of the following facts.

Churchill supported the Congress of Europe and the establishment of the Council of Europe.

The lead author of the European Convention on Human Rights was Conservative MP Sir David Maxwell-Fyfe, later Viscount Kilmuir, who had served as a prosecutor at the Nuremberg Trials of Nazi war criminals.

When the European Court of Human Rights was established in 1959, Lord McNair, a British judge, became its first President.

When Johnson’s government talks of defying the Court and withdrawing from the Convention in order to pursue its grubby little deal with Rwanda and appease the rabid nationalism of the right-wing extremists in the Tory Party, this just goes to show how far the Conservative Party has descended into the mire.

The Tories disregard the rule of law if it contradicts their agenda. They show their contempt for international law as they criminalise asylum seekers. They impose their own reactionary laws to criminalise our right to protest, our right to strike.

And in doing so they trash the memory of Conservatives they purport to admire, people like Churchill, Maxwell-Fyfe and McNair who, despite their manifest failings and prejudices, stand head and shoulders above the spivs and charlatans who lead the modern Conservative Party and are turning the UK into a pariah state with their authoritarian regime.