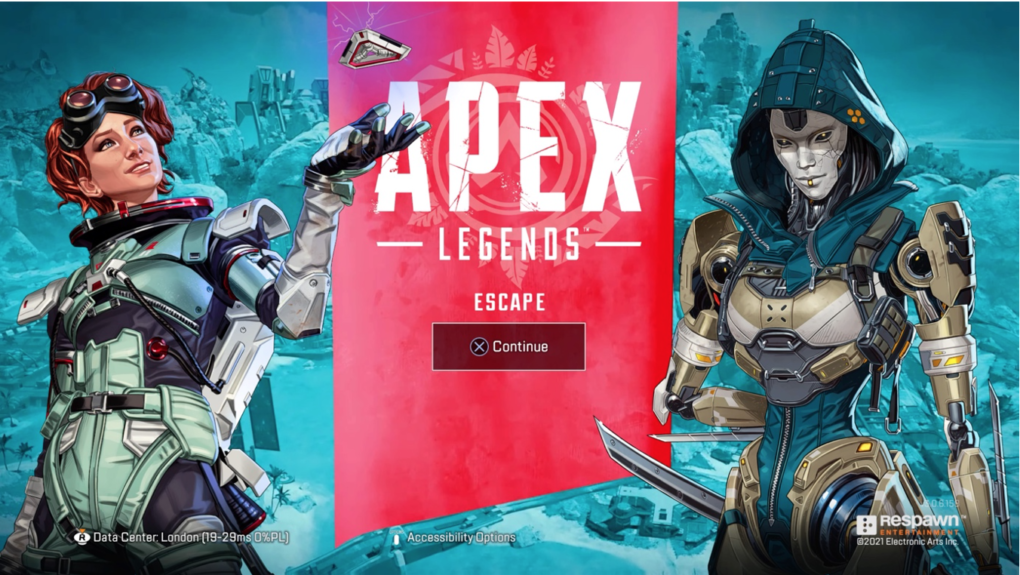 A quick introduction about being a Socialist Gamer:

I am a socialist. I’m also a gamer, and I play a lot of games (my mother might say too much, but what does she know, she lost her glasses on her own head) – first person shooters, roleplaying games, strategy games etc. Not everyone is a gamer, and I understand. For some it doesn’t pique their interest. For others, it doesn’t seem important – more something to do in leisure time. Some may say that games are ‘a waste of time’ (my parents), ‘too violent’ (my mum), or ‘a distraction from the socialist goal of ending capitalism’ (my dad, who I might point out wastes way too much time watching boring football!

But I digest…a hobknob. Anyway, I digress. Games are important, not in the grand scheme of things but in providing an escape from reality and allowing us not only to observe but to interact. To feel powerful like a superhero or as skilled as an all-star athlete. Things beyond our own ability to achieve in real life.

Granted there are a lot of bad apples in the garden, but they’re all falling from the same rotten tree. More recently, some games are more inspired, more than just dull gun fights that end with a twelve-year-old calling your mum a slag; I’m going to tell you about one today, and, in the future, I’ll tell you about others.

So, join me today and let me tell you about a little battle royale game called Apex Legends.

What is a Battle Royale game? And what is Apex Legends?

Think of a battle royale like The Hunger Games (2012) but more interactive and lacking Josh Hutcherson’s Peeta Mellark nearly dying every three seconds.  Teams, or individuals, fight in an ever-shrinking arena to eliminate other players and succeed in becoming the sole survivor.

Writer Christopher Livingstone says that the market has become more and more saturated with these games with most of them having a very familiar format. I admit I am not a massive fan of the battle royale genre. In my opinion it’s grown quite stale with most games seeking to repeat the success of colourful kid-friendly Fortnite . As Solomon Thompson has pointed out, very few games truly stand out.

But then there is Apex Legends. A creation of Respawn, set within the highly popular Titanfall series, this glorious battle royale continues to hold my attention and devotion.

Apex Legends was originally meant as an addition to Titanfall 2 (2014) which quickly evolved into its own game with only a hint of Titanfall in its DNA. No large gargantuan machine dreadnoughts, players instead choose from an ever-growing roster of carefully balanced characters – the ‘Legends’ of the Apex Games, all of whom have unique abilities that make each of them as deadly as each other when facing off on the fields of battle.

Apex Legends dropped on the market one day after releasing its trailer. Within a week the game had amassed twenty-five million online players in a community that is still growing at season 11 – Escape – two years after its original release.

So how does the game play?

From the menu you chose from your preferred gaming mode. From there you’ll select one of the nineteen ‘Legends’. A Legend can only be played by one player per team – so, for example, if you want to play as Octaine, but another team mate has already selected him, you’ll have to settle for someone else.

After selecting your Legend, it’s on to the fight. For Battle Royale this means loading the map below inside a drop ship. From here a teammate will be designated as ‘jumpmaster’ dictating where the team will drop on the map.

Once all the team are on the map, a circle will appear on the minimap. The goal is to defeat other teams whilst moving into the ring, which will shrink at the end of every round lasting about two minutes, or else face ever higher damage rates outside the ring.

Every Legend has three abilities – passive, tactical and ultimate. The first occur automatically such as Fuse being able to store two grenades in one slot or Bloodhound being able to see the footprints left behind by enemy Legends. The tactical ability is the more widely used ability in combat and while it has a recharge time it is not often longer than thirty seconds. The ultimate ability is the one that requires a fair amount of time to charge and is best used, ironically enough, tactically. Used at the right time an ‘ultimate’ can win you the fight in an instant such as Bangalore dropping an artillery strike on cornered enemies or Valkaryie lauching her team into the sky out of enemy fire.

There is also a third element that comes in to play and determines the success of a squad – teamwork. As cringey as that might sound it is essential in a victory in Apex Legends. If you go wandering too far away from your team or a teammate is downed in a firefight, you will almost certainly lose. Teamwork requires communication, and not everyone is comfortable or has the necessary accessories to talk online.

But, that’s ok! Apex Legends is one of many games with a ping system which allows simple short bursts of communication such as noting a sighting of an enemy or pointing out an area to loot. Now, even if this doesn’t work and a teammate is killed, fear not. When a teammate dies, they drop a death box. If any of your team is still left, you can scan this death box which contains everything they’ve earned during the session and take it to a respawn beacon, and from there revive your teammate. They won’t have their armour or their weapons, but they’ll be back in the fight and that can play to your advantage.

The goal is to survive long enough to get into the final ring where you’ll battle it out for victory with the last teams standing. When the final ring comes it takes the whole map so be sure to charge your shield and your health and, if taking the other team isn’t an option, take to the very centre of the ring and hope to high hell you’ve got more health than the other person.

This all sounds well and good, but what makes this game stand out amongst others?

Well, it is not just a fantastic creative masterpiece but one that is more embracing of diversity than any other battle-royale on the market. Oh, and did I mention that it is free. And that it is available on PC, XBox or PS5.

The games diversity of characters is neither forced nor marketed towards giving the game purely a good image. The game has also allowed players to display badges in support of the ‘MeToo’ movement, ‘StopAsianHate’, ‘BlackLives Matter’ and ‘Suicide Awareness’ to name a few.

This is quite unusal for a game to do, and Apex does it well. It gives a reason for such characters who are non-binary or gay or black to exist in this universe. They aren’t just token gays or coloureds, they’re well rounded characters with rich backstories.

These characters aren’t just important to the narrative taking place in the background of the game. It’s important because the gaming industry, particularly online, has been historically quite bigoted. In fact I can personally recall as far back as when I was eleven going into online games and hearing the continuous ‘banter’ of homophobia, sexism and racism. It is certainly less prominent than it once was, but gaming has moved with the times more than many people who are not in the gaming community would appreciate.

It’s one of the reasons why I think Apex deserves to be talked about, especially now in a time where showing support for people of different colours and creeds and sexualities is more important than ever. When players who are black or trans or gay see characters like themselves who are adored by fans, it sends out an important message that they are visible and appreciated and who they are matters.

And while season 11 – Escape has introduced Ash, a sentient simulcrum, the team at Resapwn have quite publically made it known where they stand on diversity in their products:

‘We believe in the potential of every human being. We celebrate diversity of thought, cultural differences, lifestyle, age, background, experience, religion, economic and social status, gender identity and marital status. Building a culture of inclusion allows us to create experiences for our people, culture, and community.’

Escape introduces a new map called Storm Point, the largest map yet to be released for the game, and takes players to a seemingly tropical paradise. But nothing is ever as it seems.

The map is filled with hidden dangers such as hatchling spiders in tunnels and the wolf like Prowlers in open fields that will hunt you down if you don’t watch your back. These though are minor dangers considering this is perhaps one of the more dangerous maps I’ve played on.

There are numerous chokepoints and more vantage points for snipers than ever. If it’s not a large building or a hill in the far-off distance, it’s the danger of facing towards one in large open terrains that leave very little room for cover. This has proved to be my undoing on numerous occasions.

Alongside the map is Ash, new legend and former antagonist of the Titanfall games. Less a tracker and more a hunter. Her passive ability allows her to view the recently departed’s death boxes on the maps, and, when interacting with them, she has the ability to ping the location of the killer if time is on her side.

Ash’s throwing star that stuns and keeps a Legend locked in place for a few seconds is useful at close quarters since it’s quite slow to travel but handy if the last surviving member of a squad is looking to make an escape.

Ash can breach a void that allows her and her squad to travel quickly in a singular direction across a large area. This can be useful both in attacking and escaping, but the brief second it takes to warm up can give your opponent a time to tear you apart. And sometimes, and most players know this, a second can make all the difference.

In my own thoughts, I do believe that Escape is perhaps Respawns most interesting season to date, as, not only have they released their most interactive map, but they have begun setting up a story line with Ash that seems to be leading to something bigger. Although it is not the best season, it is one that that has started off better than previous with fewer glitches and server crashes than before.

And yes, like any online game it can occasionally be buggy but the team at Respawn are always working to patch this up and get you back in the fight. So why not give it a go? Play with friends across platforms, win and earn rewards and unlock cool cosmetics that let you show off. And more than that, don’t just win and be a winner. Win and become a Legend! It may not be socialism but it helps you to forget about capitalism for a few minutes, hours, days……