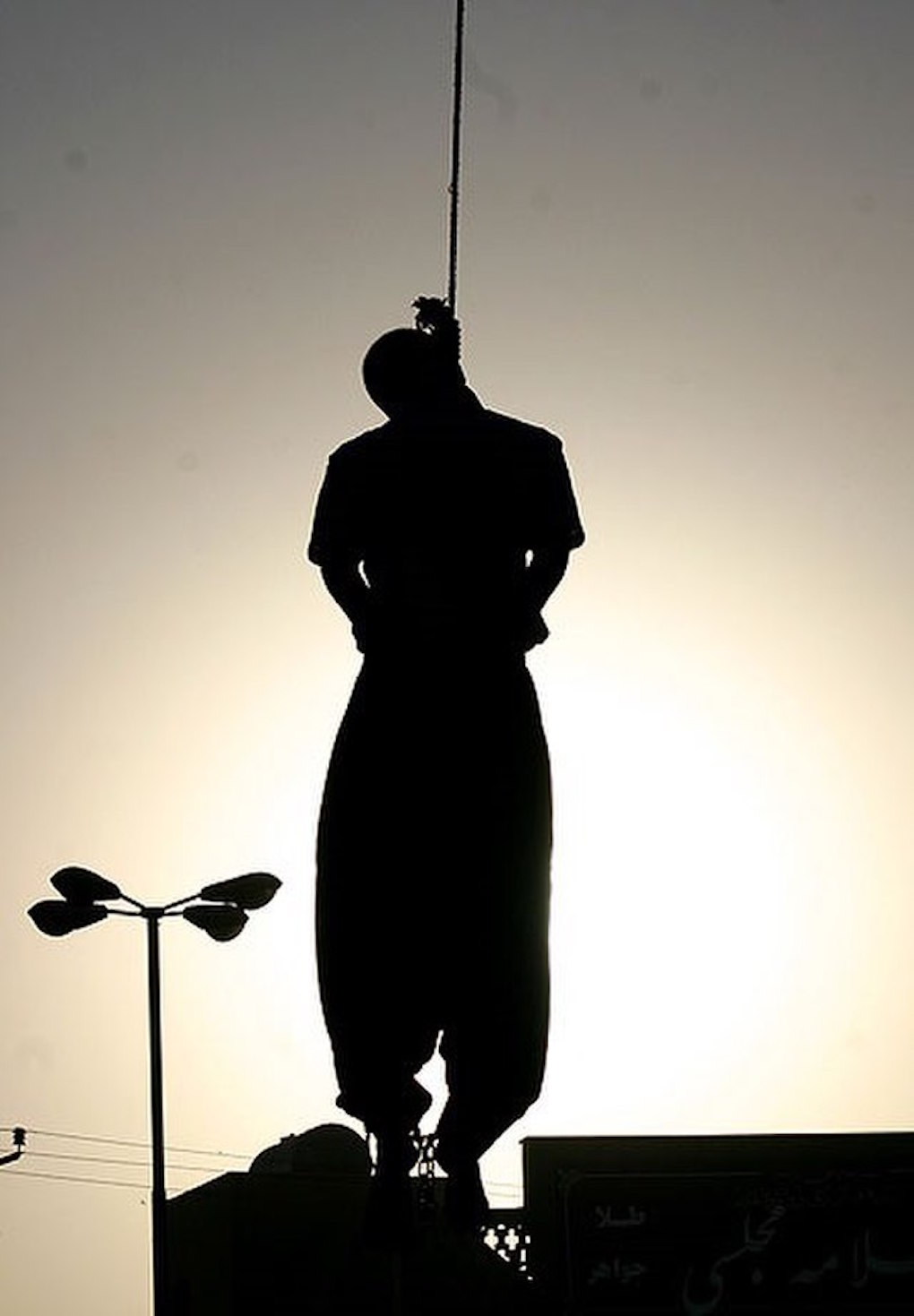 This photo is from 2006 in Iran but could just as easily have been taken yesterday. Creative Commons Attribution 4.0

IRAN yesterday publicly executed a second man who had been arrested during the unrest linked to the country’s ongoing protests. The judiciary’s news website announced early yesterday that Majidreza Rahnavard, who was convicted of killing two members of the security forces, was executed in an unidentified public location in Mashhad while a group of people looked on.

It also published several images of the public execution, showing a man, whose hands were tied, hanged by the neck from a crane. Masked security forces were shown cordoning off the area, with a crowd of dozens watching behind barricades.

Iran executed the first detainee linked with the protests, 23-year-old Mohsen Shekari, on Thursday for allegedly attacking and wounding a member of the Basij paramilitary force with a long knife in central Tehran. The Basij is a volunteer force often used by Iranian authorities to suppress dissent.

Both men were reportedly arrested for ‘waging war against God’ and both were executed in haste. Human Rights groups have warned more people arrested in connection with the protests could be executed soon. Iranian authorities have embarked on a wave of executions this year, so far executing more than 500 prisoners, the highest number in five years, according to the Oslo-based group Iran Human Rights.  Prisoners are either being denied lawyers or being given lawyers who do not put up a defence, say Human Rights groups.

It is clear the Iranian authorities believe that these swift trials and executions will deter the protesters who have taken to the streets in all 31 provinces over the death in custody of Mahsa Amini, a 22-year-old woman who was detained by morality police in September for allegedly wearing her hijab, or headscarf, ‘improperly’. Given the strength of the protests however, this seems unlikely.

German Foreign Minister Annalena Baerbock said yesterday that her European Union counterparts would agree a fresh package of sanctions against Iran over its crackdown on protesters.

While we are all, rightly, outraged at this, let us not forget that many other countries, including western countries, still have the death penalty. According to Amnesty International it’s some 54 countries, including Egypt, Saudi Arabia, Pakistan, Afghanistan, Libya, and Jamaica. The USA, where 27 states continue to allow the death penalty, has executed 17 people this year, with southern states unsurprisingly carrying out most of them. The state of Oklahoma alone has scheduled one execution every month between September of this year and December 2024. A total of 25 executions in just that one state. What we found rather terrifying when researching this was that there is actually a website for the US dedicated to informing the interested just who has been executed, who was reprieved, and who is due to be executed.

So while we condemn Iran let us also condemn every other country which still executes people, often the poor and those from ethnic minorities who may not be able to afford good legal representation. Killing another human being in cold blood is never right, even when that person has taken another’s life. It is not justice, it is revenge.