Another assault on women’s rights 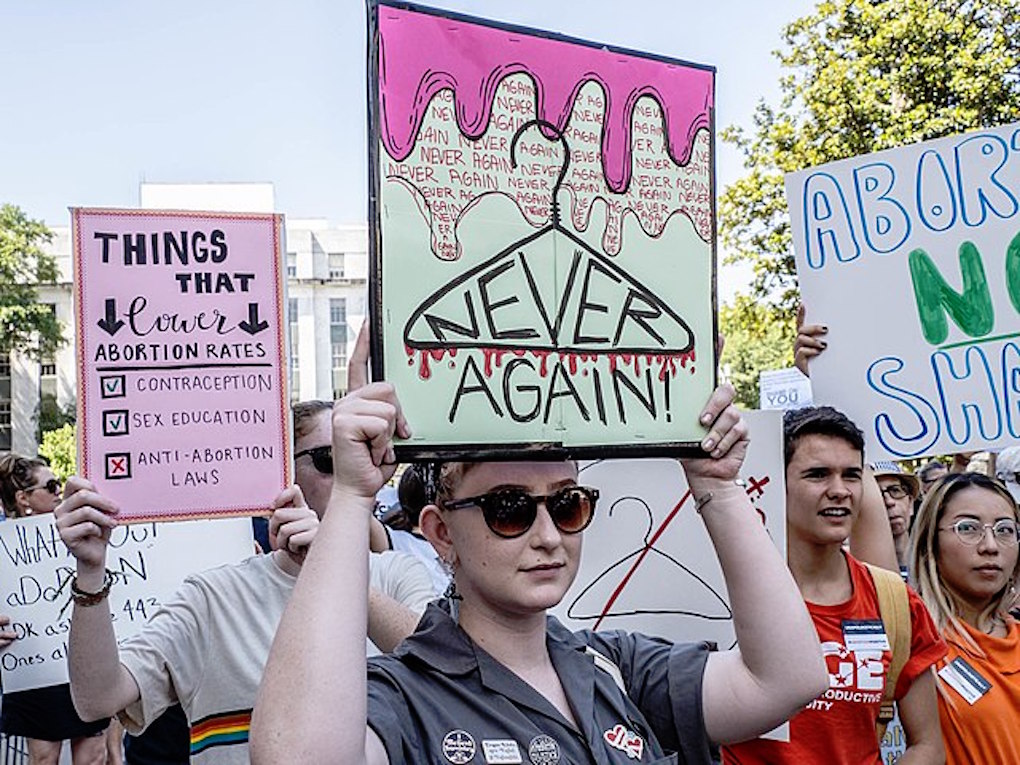 ON Tuesday April 5th lawmakers in Oklahoma, USA, voted on a measure to send a bill, Senate Bill 612, making performing an abortion “except to save the life of a pregnant woman in a medical emergency” a felony which would be punishable by up to 10 years in prison and a $100,000 fine.

The Oklahoma House voted 70 to 14 to send the bill, which passed the Senate last year, to Governor Kevin Stitt, a Republican whose office responded by saying that Mr Stitt had vowed last September to sign “every piece of pro-life legislation” which came to his desk. And, if Mr Stitt signs the bill, it would take effect on August 26th, according to the Senate clerk’s office.

After Texas implemented its six-week abortion ban last autumn, women there were forced to resort to travelling to clinics in Oklahoma City and Wichita, and women in Oklahoma, who couldn’t get appointments there because of increased demand, also travelled to Kansas, which is now likely to see the same increase as was seen in Oklahoma.

“We’re seeing a majority of out-of-state patients at both of our clinics. In Oklahoma City that means we’re seeing about 60 percent patients from Texas. In Wichita, what we’ve seen in the past couple months is patients from Oklahoma who have to leave their own communities because they can’t get appointments due to the influx of patients from Texas,”  Trust Women Communications Director, Zachary Gingrich-Gaylord, said.

If the court upholds the law, what will this mean for Roe v. Wade, the 1973 decision which established a constitutional right to abortion and which prohibited states from banning the procedure before foetal viability, or around 23 weeks? Already, from Florida to Idaho, Republican-led state legislatures have been operating as though Roe has already been struck down, advancing restrictions which aim to make abortion illegal in as many circumstances as possible.

Emily Wales, interim president and chief executive of Planned Parenthood Great Plains, which operates two of the four abortion clinics in Oklahoma, planned to challenge the legislation in court, Ms. Wales said: “This ban is more in line with the traditional bans that have been blocked in the past. So we are fairly confident that, as long as Roe remains the law of the land, there is a path to blocking this.”

The pro-lifers are over the moon of course, caring little for what this will mean for women desperately needing an abortion for whatever reason, and there are many. They could be socio-economic reasons, medical conditions, the woman could be having relationship problems, they could already have as many children as they want or can support or they may feel themselves too young, or too old, to have children. A myriad of valid reasons, yet others, who would not be impacted one iota by their abortions, are allowed to have their say in the matter.

Representative Jim Olsen, a Republican from Roland, and the House author of the bill, said,“Obviously, I’m thrilled because we have the potential of seeing many lives of babies saved — part of that depends on future court rulings” such as the one in the Mississippi case, Dobbs v. Jackson.

It is a woman’s choice

What these pro-lifers fail to understand is that, no matter their cries of “you can adopt the baby out when it’s born” and so on, the woman has to carry the baby to term and this will undoubtedly impact her life and quite possibly have job repercussions or will affect her studies if she is still in university or indeed, school. It should always be the woman’s choice.

Many states in the USA seem intent on rolling the clock back to the days when women were forced to have backstreet abortions which often resulted in either death or long-term medical conditions, but thank goodness some are retaining their sanity. Rebecca Tong, co-executive director of Trust Women, which operates a clinic providing abortions in Oklahoma City,  said the clinic “will remain open so long as we can still be of service to the people of Oklahoma.”

“We will not be deterred from providing compassionate health care to our patients — many of whom are our neighbours, colleagues, and family.

Compassionate health care should of course be the aim of any civilised nation, but only too often it is not.