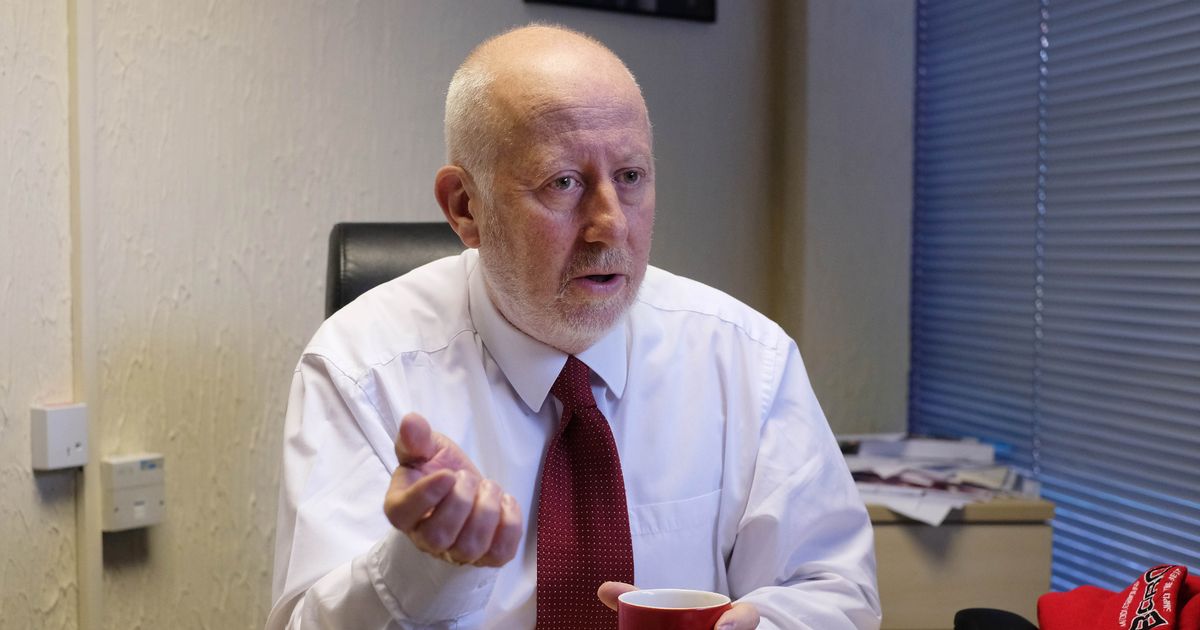 IN what came as a shock to many, Andy McDonald resigned yesterday afternoon showing the Labour Party leadership what principles and integrity look like.
The Shadow Employment Rights Secretary said he was doing so because he had been told to argue against a £15 National Minimum Wage and against Statutory Sick Pay at the living wage by Keir Starmer’s office and stated this was something he could not do.

The 63-year-old Middlesborough MP was first elected to Parliament in 2012 and became Shadow Transport Secretary under Jeremy Corbyn in 2016. He remains an ally of the former leader.

In his letter to Starmer, Andy McDonald wrote that his position had “become untenable.” He went on to say: “When you became leader, I accepted the role because I wanted to fight for the working people of this country. It has become clear to me that I cannot do this as a member of the Shadow Cabinet.”

“Yesterday, your office instructed me to go into a meeting to argue against a National Minimum Wage of £15 an hour and against Statutory Sick Pay at the living wage. This is something I could not do.

“After many months of a pandemic when we made commitments to stand by key workers, I cannot now look those same workers in the eye and tell them they are not worth a wage that is enough to live on, or that they don’t deserve security when they are ill.

Party more divided than ever

“We live in a time when the people of this country have a renewed awareness of how important the work done by millions of low-paid workers truly is. To have the Labour Party, the party of working people, fail to realise that is a bitter blow.

“I joined your frontbench team on the basis of the pledges that you made in the leadership campaign to bring about unity within the party and maintain our commitment to socialist policies. After 18 months of your leadership, our movement is more divided than ever and the pledges that you made to the membership are not being honoured. This is just the latest of many.”

In case you’ve forgotten, a little under two years ago Starmer was pictured with Andy McDonald’s staff when they were striking for £15 per hour. At that time he stated £15 per hour “should be the norm” for workers in Britain. Just another in what is becoming a long list of broken promises and pledges and empty words.

Starmer thanked Andy McDonald for his service. He said Labour was focused on winning the next general election “so we can deliver for working people who need a Labour government”. Delivering for the working people by opposing a £15 minimum wage? I don’t think voters will see it that way.

Former Shadow Chancellor John McDonnell praised Andy McDonald’s record. He said, “He has resigned on a point of principle that workers should have decent pay.”

Len McCluskey echoed this and Andy McDonald’s sentiments. “He’s a really decent man. He’s worked very, very hard with all the trade unions on employment issues and his letter of resignation is quite stinging.

At the Tribune rally opened by Zarah Sultana last night she was applauded when she said why McDonald had resigned adding that Starmer asking him to argue against the £15 minimum wage was “shameful”.

Those on the left of the party may see McDonald’s departure from the Shadow Cabinet as a blow. But there are no tears being shed over his departure on the right with one MP reportedly saying “Louise Ellman in and Andy McDonald out is a good day”.

The fact that the party would rather have the woman who said “Under Jeremy Corbyn’s leadership, antisemitism has become mainstream in the Labour Party” than a man described as honourable, hard-working, honest, genuine, and principled, tells us all we need to know about this ‘Labour under new management’.

From Starmer’s undemocratic proposal to return to an ‘electoral college’ for electing leaders and their deputies to the withdrawal of passes for the conference from delegates to members being refused entry to a video going viral of a young Labour member attempting to speak to the party leader and being ignored, this conference may be the final straw for many Labour voters who feel increasingly disenfranchised since Starmer was elected leader.

Let’s hope so. Because it’s clear to most that this current incarnation of the Labour Party does not stand for us. It will change very little. It needs to burn to the ground so that something new can rise from the ashes.

As Jeremy Corbyn said yesterday, “All over the world people are thirsting for massive social change – we should be part of that global movement, not apart from it.

“If our leadership won’t champion that path, our movement must and will.”

I do not get paid for my writing so if you would care to help out please donate to paypal.me/susiejgranic@gmail.com