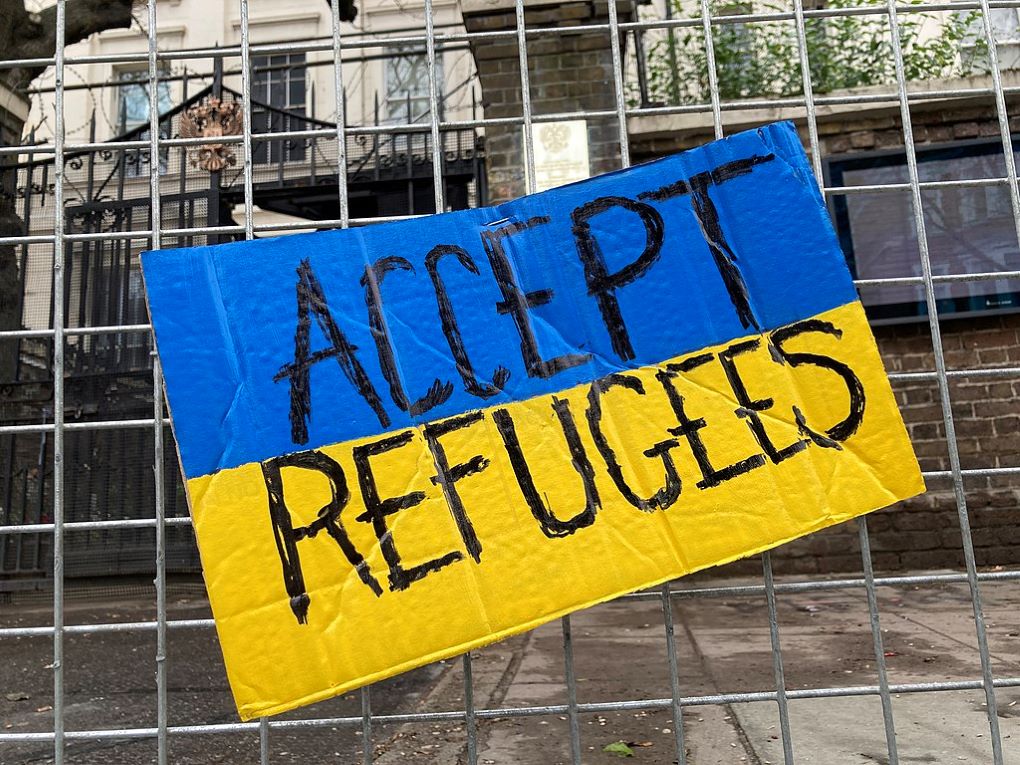 All refugees should be welcome here. As one of the richest countries in the world we should accept our moral obligation. We have failed the victims of other theatres of war, most notably in Syria and Afghanistan. Now we look set to fail the challenge from Ukraine.

The Russian invasion of Ukraine has precipitated a massive refugee crisis. Nearly two million, mainly women and children, have fled the conflict already, and the EU predicts the figure could rise to five million as the Russian military respond to the slow progress of their military campaign with indiscriminate shelling and bombing of civilian targets.

Most of the refugees have crossed into Poland, Hungary, Slovakia, Romania and Moldova. These countries are all much poorer than the UK, where there is strong support both for Ukraine in its war against the invaders and for helping the refugees. The Disasters Emergency Committee reported on Monday that the UK public had already donated £100 million pounds since the Ukraine appeal was launched, the equivalent of £1 million an hour.

Prime Minister Johnson has promised that the UK “will be as generous as we possibly can be”. That may be true of the population, but the government response has been a total mess.

When the first refugees arrived at Gare du Nord station in Paris pro bono lawyers tweeted their frustration at the inability to obtain visas for onward travel to Britain.

A week later they were able to report that

The reason for the chaos is that, in contravention of international law, the UK requires anyone seeking refugee status to obtain a visa before they arrive in Britain. Failure to do so is a criminal offence. What used to happen, what should happen, is that refugees make their way to their country of choice and applications are processed on arrival.

This explains the chaotic withdrawal from Afghanistan, with the UK ambassador processing applications at Kabul Airport while the Taliban closed in. In Lviv in Western Ukraine, visa applicants are told to go to Poland. In Calais they are told to go to Brussels or Paris.

Meanwhile Patel lied to the House of Commons when she said that a bespoke visa application centre has been set up in Calais. TV cameras followed people who were greeted there by three officials handing out bottled water and chocolate before directing them to another address that was closed with an out of hours phone number pinned to the gate.

Then she invented a new ‘humanitarian route’ for people without family or sponsors in the UK which was contradicted by the Foreign Office and Number 10. This on top of the early disaster when it was suggested that Ukrainian refugees should seek temporary visas as agricultural workers, which was hastily amended to say there was a family route, which excluded grandparents and adult siblings.

This government’s obsession with immigration controls, as epitomised by the ‘hostile environment’ revealed in the Windrush scandal, means that victims of wars and other disasters are criminalised while city bankers lionise the war profiteers.

Most of Europe has decided that Ukrainians are ‘people like us’ and deserve more favourable treatment than refugees fleeing conflict in Africa, the Middle East and Asia. At Critical Mass we have already spoken out against some refugees being more welcome than others. By contrast, the Tories’ racism demonises all foreigners, unless you are a billionaire with dirty money to spend in the London laundromat.

The most remarkable thing about this crisis is that the facts are being reported and the government is being openly criticised for its mean spirited approach across the mainstream media. The government is divided, with Foreign Secretary Truss saying the visa debacle is down to the Home Office and not her. Senior conservative backbenchers are criticising the government, which has emboldened the Labour opposition to start speaking out.

They Are Welcome Here

This creates a space for those of us on the left to argue, ‘Yes. Let us relax our racist laws to assist Ukrainian refugees. And let us go further and welcome all refugees, whatever their country, creed or the colour of their skin.’