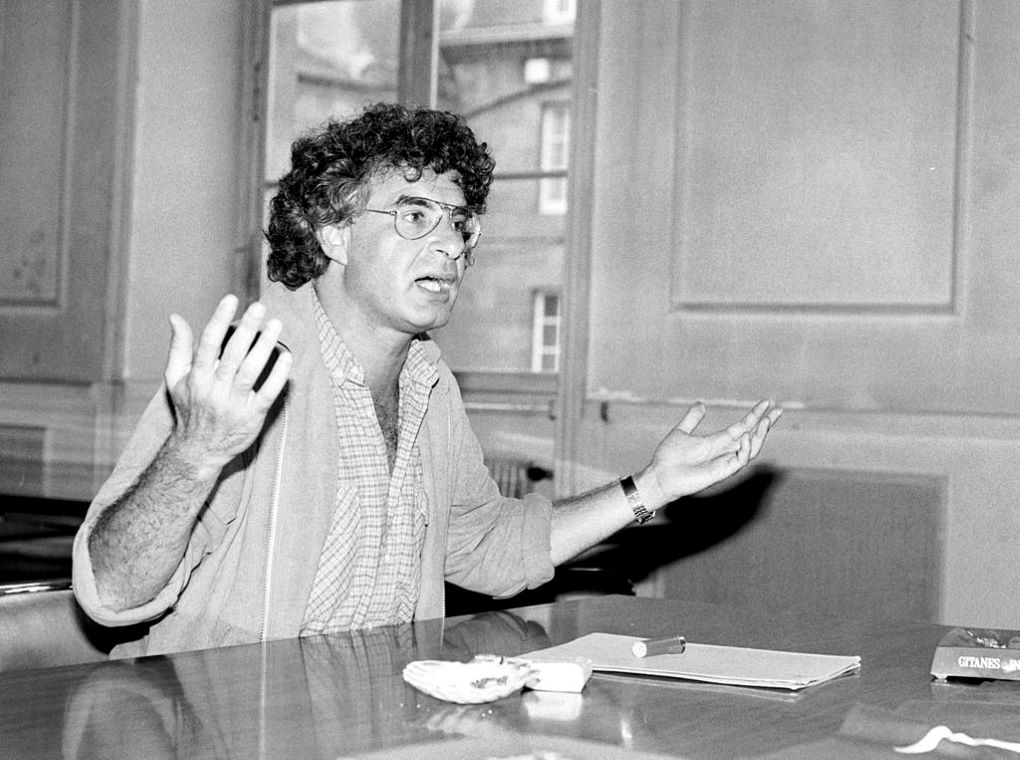 Alain Krivine, the French socialist who never deviated from his belief that revolution is possible, has died aged 80. His importance can be gauged from the obituaries in all the major French newspapers. Not so in the UK, where you have to turn to the pages of Socialist Worker and Counterfire to read fitting tributes.

Friends referred to him as ‘le président’ after he stood as the presidential candidate for the Communist League in 1969 while on national service with the French army, and came last with one per cent of the vote.

“Power is not in the ballot box,” professed the one who began each of his televised interventions with: “For the first time, a revolutionary candidate is addressing you… »

Krivine’s family were Ukrainian Jews who fled the pogroms of the late 19th century to settle in France. Born in Paris in 1941, his family escaped from Paris and somehow evaded the Holocaust in the village of Danizy in northern France.

After the war the family prospered. His father was a dentist. His older brother was a surgeon. His twin brother became a scientist. All the brothers were active in socialist politics, which, in 1950s France, inevitably led them into the French Communist Party.

1957 was a momentous year. Krivine attended the World Youth Congress in Moscow as a representative of the youth wing of the French CP and met with representatives of the Algerian National Liberation Front. The FLN were engaged in a bitter struggle against a French government that did not baulk at employing extra judicial terror, torture and mass executions.

Incredibly, the French CP backed the nominally ‘socialist’ French prime minister and opposed the FLN. Krivine did not. His brothers recruited him to Jeune Résistance (Young Resistance), an organisation that used direct action in France to support the Algerian liberation struggle. A fascist paramilitary organisation, the OAS, targeted FLN supporters in France and and Krivine’s apartment which belonged to his father was bombed by them. Although he did not know it, Krivine’s brothers were now Trotskyists. Krivine was still a loyal party member who thought Trotsky was a cop and a fascist!

But Krivine was never a party hack. He became a part of the left opposition that sought to de-Stalinise the Communist Party and was expelled in 1965. Krivine responded by helping to set up Jeunesse Communiste Révolutionnaire or Revolutionary Communist Youth (JCR) which played a leading role in the events of May 1968, the revolutionary upsurge that began with student protests against de Gaulle’s authoritarian government and the Vietnam War and culminated in the largest general strike in history. France was on the brink of revolution and Krivine was at the forefront of the struggle. JCR was eventually banned in 1973 for its violent opposition to the fascist group, New Order, and Krivine was imprisoned.

The revolution did not happen. The dominant force on the French left was still the Communist Party, followed by the SFIO, the main socialist party. Crucially, both parties were committed to winning power through the ballot box and hostile to revolutionary ideas. They were also hostile to each other. This partly explains why France, with its history of working class militancy, has only elected three socialist presidents since the end of World War II.

This scenario was played out in the elections which came after the uprising in May 1968. The right retained power in the June elections and the following year, the Gaullist candidate, Pompidou was elected president. The Communist Party came third with 21%. The SFIO recorded the worst result in their history. The most left wing candidate on the ballot, Alain Krivine came last.

May 1968 was not a complete defeat. It has to be seen in context. Firstly, it was part of an international movement which was notable for the Prague Spring, when Czechoslovakia briefly challenged Russia, opposition to the Vietnam War which led to mass protests in the USA and the UK and the Civil Rights Movement that saw the uprising of Black people in the USA. In France, de Gaulle was forced to step down, the unions won a 35% increase in the minimum wage and a 10% increase for all workers.

And a small but potentially profound development took place. Like the mammals which evolved in the shadow of the dinosaurs, revolutionary socialist politics that were not compromised by Stalinism emerged as an organised force in opposition to the left reformist parties across Europe. It was small. It was divided. But it was there. And for the next 50 years Alain Krivine would be a central figure on the revolutionary left.

He faced questions which are still important to us today. How can the left unite? How can the left grow and extend its influence? How do we connect to the only agency with the power to overthrow capitalism – the working class? How do we achieve that unity of theory and practice, where the everyday struggles of the exploited and the oppressed, and the ideals of the socialist movement come together in a movement which can take advantage of revolutionary moments in history, like the May Events, and make them count?

If Alain Krivine’s early career was inspirational, his later career is instructive. He grappled with these key questions and struggled to find an answer. We hear lots of advocates for proportional representation on the left in the UK. Like France, the UK usually has an anti conservative majority at the ballot box, but that vote is divided between Labour, Lib Dems and Greens, as well as nationalist parties in Scotland and Wales. (We cannot compare Northern Ireland. It is a special case in this respect.)

France does have PR. But the French experience is that PR does not make it any easier for the left to make a breakthrough. Even in the aftermath of 1968 the combined vote for the French left would have only put it in second place. How come? The simple truth is that an anti conservative majority is not the same as an anti capitalist majority.

Can we achieve an anti capitalist majority? In action, yes. When millions are marching, striking, occupying factories, demonstrating their opposition to the system, we can achieve a majority for revolutionary change. But revolution is a collective act. Press pause, send people home, send them back to work, return to normal and then ask them to vote for revolution as individuals in a voting booth with no sense of their collective strength, and the 20% who supported revolution in France 1968 at the height of the struggle translate into the 1% who voted for Alain Krivine in 1969.

From 1974 to 2007 the Ligue Communiste Révolutionnaire (LCR), established by Alain Krivine, remained true to its name, keeping socialist ideas alive throughout a period when they had little traction within the working class. Then an upsurge in working class militancy in response to the austerity that followed the financial crash persuaded Krivine that the time was right for a new, broad based anti capitalist party. The Nouveau Parti Anticapitalist (NPA) stressed unity in action rather than ideological purity. But it never settled on an answer to two all important questions.

“Should working class militancy be channelled into support for a socialist party that can succeed via the electoral process?”

“Should we use the electoral process to support working class struggle and the development of a revolutionary party?”

I think the NPA drifted towards the first option and de facto endorsement for the idea that we can achieve a socialist revolution via the ballot box.

Never mind. I am full of respect and admiration for Alain Krivine, who had the courage, not only to stand against the murderous forces of his enemies on the right, but also to stand against his friends on the left when he knew them to be wrong. His tactical and strategic failures in no way detract from the intellectual honesty and the moral courage that informed both his anti capitalism and his commitment to national liberation and working class struggle.

Alain Krivine 1941 – 2022: Rest In Power. Your ideas live on and our most fitting tribute is to draw inspiration from your successes and to learn from your mistakes.