After Endings Afterthoughts – Horizon Forbidden West – Death To All Robots! 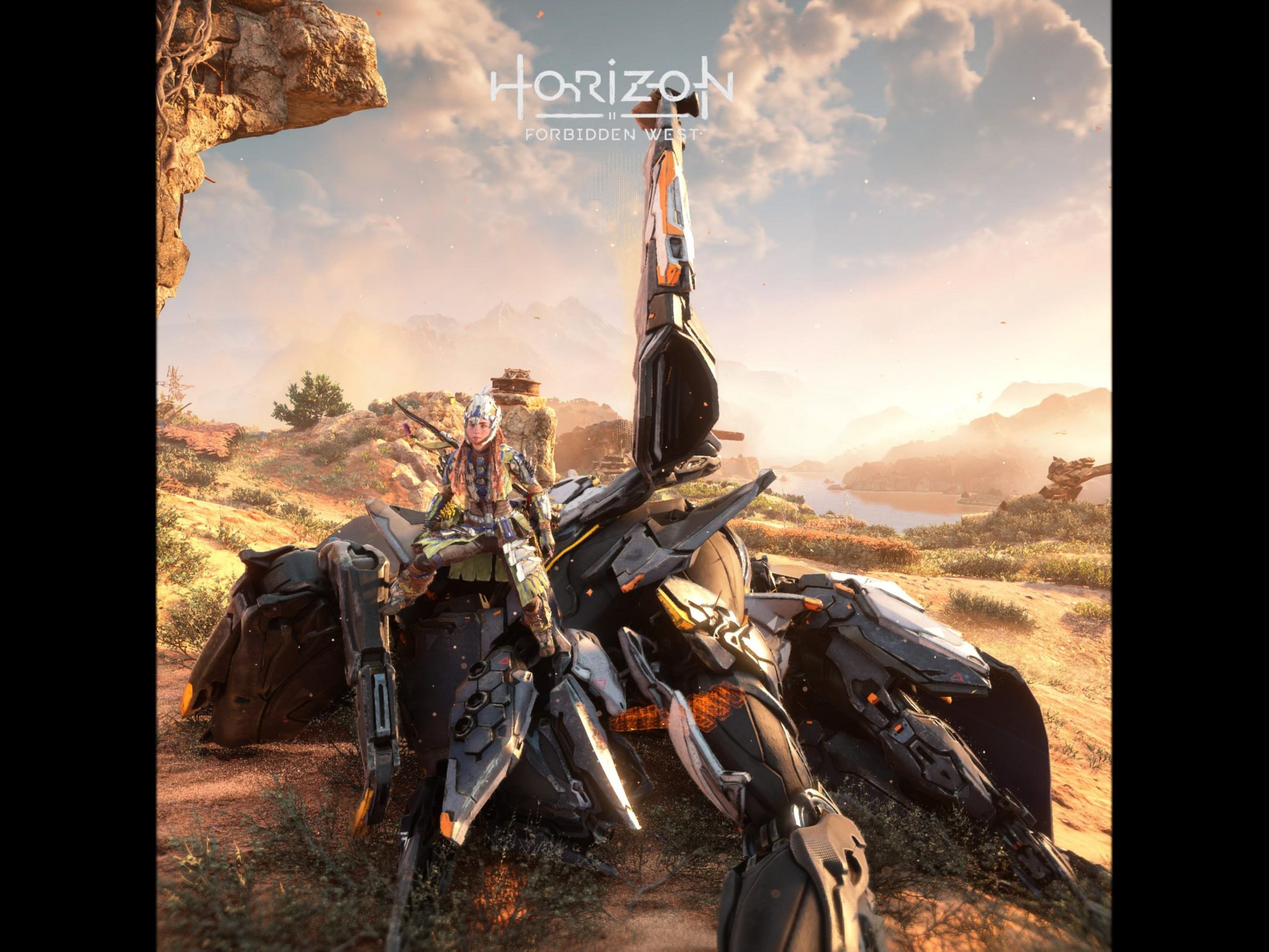 When Horizon Zero Dawn was released back in 2017 I was absolutely dismayed to be unable to play it. At the time I didn’t have a PlayStation, so naturally when I got one the game was high on my list of things to get.

A game where you fight ROBOT DINOSAURS?! No way could you say the premise alone wasn’t enticing. It’s probably what drew a lot of people in initially. Yet I imagine more of them stayed because of the amazing story, told through the eyes of Aloy (played fantastically by Ashley Burch).

Horizon is set in a world a thousand years after a robot plague eradicated human civilisation. Now humans live in primitive tribes. They live side by side with machines, created by A.I. GAIA (Voice actor Lesley Ewan) to monitor the biosphere and ensure that life on Earth is well cared for.

In Zero Dawn’s journey, Alloy, a Nora outcast desperate to learn the mystery of her birth, travels across the region and on her way learns that GAIA has been destroyed and one of its subordinate functions, HADES, has become sentient and is planning to wipe out all humankind. It is up to Aloy, a genetic clone of the GAIA’s original creator, Dr Elisabet Sobek, to restore HADES to his default settings and reconstruct GAIA – which she does so. But not without the help of a few key allies. Varl (John McMillan), son of the Nora Chief, Erond (John Hopkins), an Oseram with a sharp tongue and a knack for drinking, and Sylens (Lance Riddick), a mysterious figure who knows more about HADES than he initially leads Aloy to believe.

The game kicks off roughly six months after the dramatic conclusion of Zero Dawn with Aloy looking for a copy of GAIA’s code to fix the still damaged biosphere. And with GAIA’’s rogue, and now sentient, subordinate functions running loose it would be better sooner rather than later.

Having to travel to the Forbidden West, set near and around the San Francisco area, Aloy finds herself involved in a civil war between the local Tenak tribes and a dangerous splinter group lead by former Marshal Regalia who possess the ability to overdrive and control machines – an ability only known to Aloy and her former ally Sylens.

On top of this there are other threats lurking in the Forbidden West, an enemy few would expect and a shocking twist no one could see coming. With all this Aloy must survive, overcome, and once and for all save the planet or die trying.

Truly this is one of the greatest games I’ve ever played. Not only is it fun, but it’s breath-taking – truly. Those who played Zero Dawn will recall the vast sprawling wildernesses and the terrifying monstrous machines that you’d hunt down and scavenge for parts. Whilst it may be only slightly larger than the previous game in size, in terms of content Guerilla Games have really filled in the once empty pages.

The Forbidden West truly takes up its namesake, as every step taken forward feels like a journey into danger – every road turned leads to danger and feels as though it should come with a turn back sign. I can recall early in the game running towards a nearby village and nearly getting sliced to bits by a robotic bear the size of a mansion! Terrifying indeed, but part of what makes Forbidden West so fun.

It’s gallery of robotic enemies, whilst not massively more diverse than in Zero Dawn, at least boast a fair few new, unfriendly, faces along with returning favourites (although I wouldn’t say I have fond feeling when thinking back on my battles with T-Rex look-a-like Thunderjaw from the previous game).

Those that do return, return with flare. No longer just the same iterations of the same machine scattered across the map. Now one machine may have several different types ranging from Acid to Plasma. Each requires a different approach, a different weapon set, sometimes an entirely different play style due to the nature of their attacks.

As for those new enemies such as the heavily marketed basalisk-esque Slitherfang and others such as the mammoth like Tremortusk, they provide a new challenge and a grander sense of excitement. This game sees an influx of larger, gargantuan, machines to fight – along with new weapons to destroy them, including an explosive spear, a weapon which attaches explosive cannisters to enemies and a weird device which launches discs (my personal favourite next to the spear).

Weapons and armour are a massive part of what Guerrilla Games have improved in this stunning sequel. Not only are there more varieties of weapons, but like enemies there are different weapon types for each category. The same applies to armour, allowing for players for a more optimised playthrough. For example, as I prefer range and stealth, the armour I use is the Legendary Nora Thunderer Armour (seen in screenshot above).

While this game does improve upon its predecessor with new additions, there are some things of note which I believe could be further improved upon.  One of those in particular is the arena where you go to challenge machines for unique prizes. Scaling in the arena feels counterbalanced to machines out in the wilds of the West which makes this an overall more tedious experience, especially when you have to pay large sums in game currency to compete.

It’s not the only side hustle that falls short. I also feel that, in the ‘chess like’ mini game, Strike is not emphasised as much as it could be. While the premise sounds interesting enough, it’s rarely given the chance to shine with all the interesting stuff going on in the world around it, what with monsters to find and kill and all.

The same I would say of Cauldrons, locations where overrides for machines can be found. I did take on one or two in my playthrough, but at the end of game the majority of them were left unexplored and, frankly, I felt they went unneeded – especially when by halfway through the campaign I could take down most machines with ease.

Though, overall, Horizon Forbidden West is an all-out thrilling adventure with a charming protagonist and the potential to become one of the most interesting and intelligent games and narratives in today’s world of otherwise tedious and monotonous video game storytelling. Truly, once you start on Aloy’s story you’ll be hooked from start to finish.

Speaking of finishing, this here concludes.