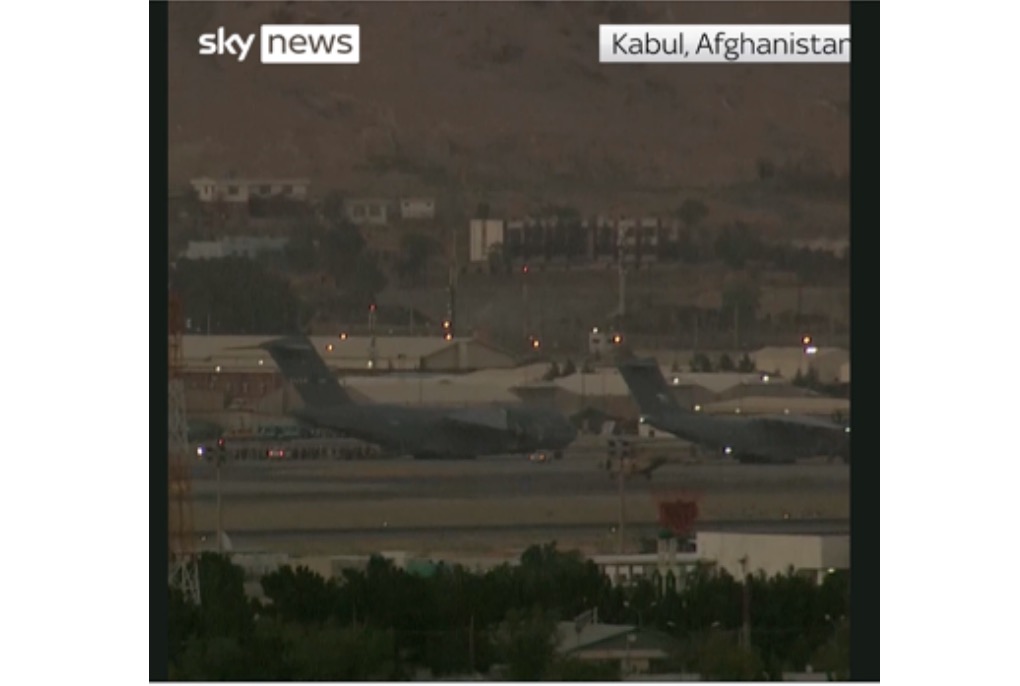 Kabul Airport during the attack. Picture from Sky News

Two bombs exploded in Kabul yesterday killing at least 80 civilians as British and American officials try to justify their decision to abandon Afghanistan. But what we are seeing is the chaos that was inevitable. The attacks have been claimed by ISIS-K the affiliate of the Islamic State (IS) group.

Instead of owning this chaos, American officials are desperately trying to deflect attention on to the Taliban. Former member of the Bush administration General Mark Kimmitt told BBC News:

“The Taliban right now are trying to demonstrate to the world at large that they can be a responsible government and can take care of not only the economy but the security as well. And if they have failed in this simple mission – they obviously have been embarrassed heavily.“

The CIA caused the chaos.

John Pilger has outlined how the CIA and MI6 armed and trained the Mujahideen in the 1980s. He cites a US Embassy report from 1979 which stated: “the United States’ larger interests … would be served by the demise of the PDPA government, despite whatever setbacks this might mean for future social and economic reforms in Afghanistan.” The PDPA government had literally liberated Afghanistan in a popular coup. This coup in 1978 set about dragging Afghanistan into the 20th Century by introducing free healthcare, a mass literacy campaign and a programme of equal rights for women.

Without American money the Mujahideen, who we now know as the Taliban, would never have gained a foothold in Afghanistan. That the Americans having bombed half the World in its so-called ‘war on terror’ and choose to demonise the very people they are now handing Afghanistan to tells us a lot about the goals of Western “foreign policy”.

The “evacuations”, whilst saving a few, are simply evidence that some people, the lucky ones, will be saved but many more will be abandoned to their fate. The humanitarian crisis developing in Afghanistan is being fanned as thousands of people are being trapped on Afghanistan’s borders.

The worst affected area is the Spin Boldak border separating Afghanistan from Pakistan. Whilst western media are concentrating on the chaos at Kabul airport, the situation on the border with Pakistan is even worse. In early August Pakistan deployed its army along its border to block an anticipated wave of refugees from entering its territory. Those refugees are now in a desperate plight. They are denied access to the countries that caused the situation. They are too terrified to return to what is left of their homes.