Afghanistan Betrayed: after the shame the blame game begins 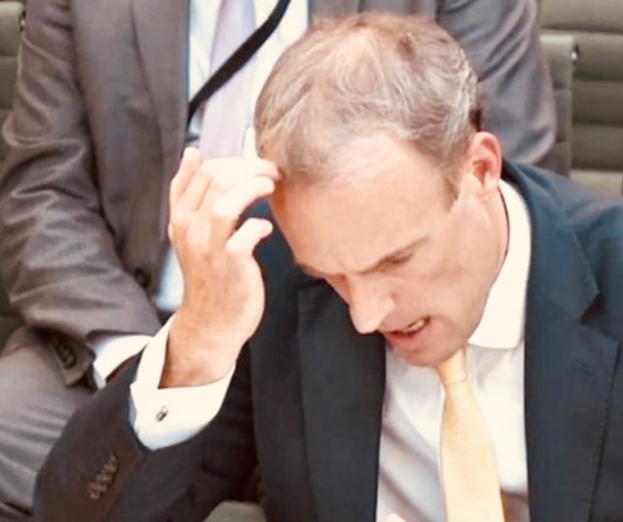 Afghanistan was betrayed by Britain and the USA because they knew their withdrawal would hand it back to the Taliban. And now, to hide their shame, the blame game has begun.

In the House of Commons today the BBC reports that Foreign Secretary Raab,

“revealed the information he had been given predicted a “steady deterioration” in the country, rather than the swift fall that happened, and that it was thought Kabul was not likely to be taken by the Taliban before the end of the year.”

This confirms what I wrote on Monday,

“They hoped that the government in Kabul would hold out long enough for Afghanistan to drop off the news agenda. So when the Taliban eventually took over they could leave “our people” to share the fate of the rest of the Afghan population without any public outrage.”

If you look at the figures, the government is claiming that they have rescued 17,000 from Afghanistan. But 15,000 of those were only airlifted out after the Taliban took Kabul. And that was because the TV pictures from Kabul, the headlines in a normally compliant Tory press and the concerns raised by MPs who had served in Afghanistan forced them to act.

The chaotic response showed no sign of advanced planning. Even today the government has no idea how many people, UK nationals as well as Afghanis who are eligible to come to the UK, have been left behind. We do know they include translators and security guards from the British Embassy who are now in hiding. Jess Phillips MP reported that her constituency office had dealt with over 400 requests for help from constituents with family in Afghanistan. Only five are known to have got out of Kabul Airport. As desperate people already queue at border checkpoints, rapid(!) response units from the Foreign Office will not be on the ground until Friday. More evidence of Afghanistan betrayed.

Who is to blame?

Raab claimed that he was let down by the intelligence community assessment of the situation. When Tom Tughenhadt MP confronted him with a Foreign Office report from July 22nd suggesting an imminent collapse, he wanted to know where it came from. As Tugenhadt later told news reporters, it does not matter how good or bad your intelligence is if ministers don’t read the reports.

The USA also feigned surprise at the speed of the Taliban advance. This despite damning evidence from the transcript of the final conversation between Biden and Afghan President, Ashraf Ghani, obtained by Reuters. Ghani told Biden,

“We are facing a full-scale invasion, composed of Taliban, full Pakistani planning and logistical support and at least 10-15,000 international terrorists, predominantly Pakistanis thrown into this, so that dimension needs to be taken account of.”

This was on July 23rd. At that time the Taliban had already taken a third of the country. Biden promised air support but never delivered. For the USA the war was over. They announced their departure and this emboldened the Taliban. And it undermined resistance from an Afghan army that looked strong on paper but suffered from poor morale and poor leadership. Even before the Taliban offensive they had been suffering losses of around forty a day.

Isis-Khorosan established itself in 2015. Their attack on Kabul airport got massive publicity. But they have been attacking Afghani civilians for years. Kim Sengupta recently reported on their reign of terror. In May they attacked the Sayed ul-Shuhada school, killing 85 and injuring 153, most of them school girls. Last year they attacked a maternity ward run by Médecins Sans Frontières. They killed 24, including 16 women and two newborn babies. Isis-K killed 63 people when a suicide bomber targeted a wedding. They are waging a sectarian war against Shia Muslims.

The BBC reports that Afghan refugees, fearful of ISIS-K as well as the Taliban are making dangerous journeys to reach the border. But Afghanistan’s neighbours are busy closing their borders. They took in over 2 million Afghans in recent years. This in a war the West thought was over because “our boys” were no longer in the firing line. Many others are refugees in their own country. There are approximately 3.5 million displaced people in Afghanistan. Moreover, drought and failed harvests condemn 14 million people to hunger out of a population of 39 million. Remember that figure when you read about plans to use Aid as a weapon to force concessions from the Taliban.

This is the legacy of twenty years of US/UK military intervention that left Afghanistan betrayed. The news reports the misery and atrocities visited upon this country by a victorious Taliban. For many millions of Afghanis there is no change. The old misery continues under new masters.

3 thought on “Afghanistan Betrayed: after the shame the blame game begins”