A socialist view of history 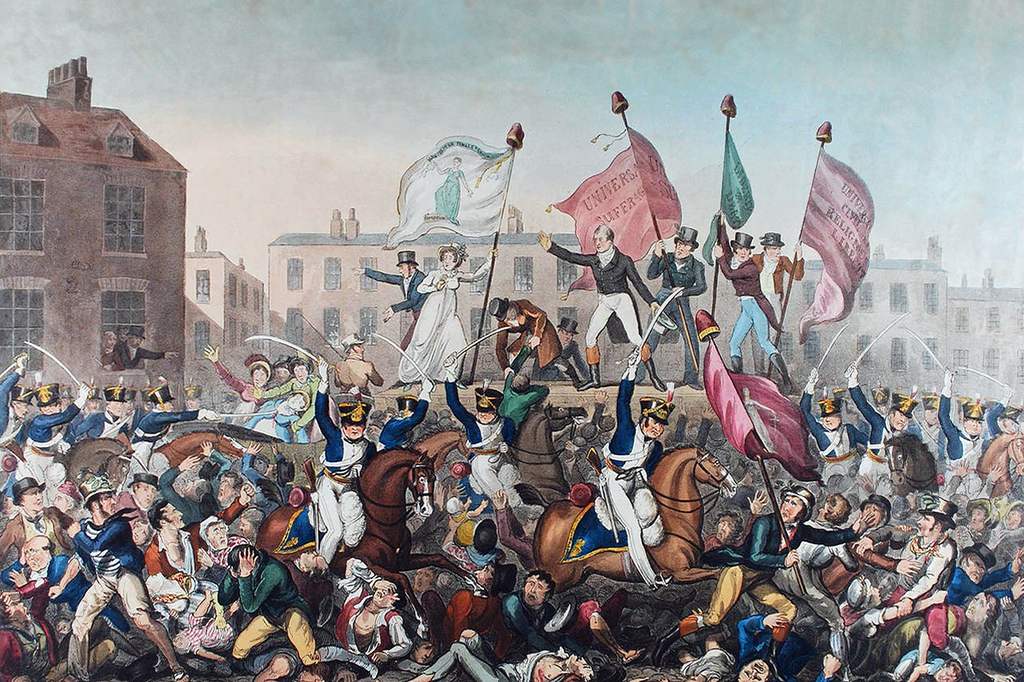 Consider the idea that the Tories are taking us back to the Victorian era. Many of us have all said it, and it is probably true. But, given that there is nobody alive now who actually lived through the Victorian era how do we know?

When we talk of the Victorian era the first thing we might note is that it is an era defined by a Queen who ruled the British Empire, as it was then, from 1837 to 1901. That era coincides, strangely enough, with the formative years of what we now call modern capitalism and what history books often refer to as industrialisation. What is also interesting is that Queen Victoria was neither a capitalist nor an industrialist. She did not invent the spinning jenny or the steam train, and yet we define a period of 64 years as if her presence was the most important thing happening.

History as a series of facts

Why do we not call it the ‘industrial era’ or the ‘exploitation era’, or something closer to the lives of most ordinary people? The fact is that ordinary people do not usually figure in history as anything other than bit players. And history, far from being a neutral account of the past, is selected and transferred to us via schools and universities as a story that shapes how we are supposed to think about our heritage. Some historians may like to pretend that all they do is give us the facts, but as the historian EH Carr once put it:

“The facts are really not at all like fish on the fishmonger’s slab. They are like fish swimming about in a vast and sometimes inaccessible ocean; and what the historian catches will depend, partly on chance, but mainly on what part of the ocean he chooses to fish in and what tackle he chooses to use – these two factors being, of course, determined by the kind of fish he wants to catch. By and large, the historian will get the kind of facts he wants.”*

History is not neutral. Ordinary people do not figure in most accounts of history and Black people are omitted. Women usually have only a subsidiary role. Of course, in recent times, there have been attempts to remedy this, but history, as we understand it, is not neutral and it is why, as socialists, we have to keep telling our own history so that our heroes and heroines – trade unionists, revolutionists, martyrs – are not airbrushed away whilst we are encouraged to idolise heroes the establishment deems acceptable. Even those revolutionary figures who slip through the net are painted in such a way as to make them acceptable. Martin Luther King is portrayed as a pacifist, but he embraced revolutionary socialism, Nelson Mandela as a moderate who believed in bringing black and white together and his lifetime membership of the Communist Party conveniently forgotten. Events such as Peterloo are looked upon with horror, as if no such thing could ever happen today. Historians often conveniently overlook Bloody Sunday, almost any day in Palestine, the use of police violence against the miners, magistrates handing disproportionate prison sentences to Extinction Rebellion activists, and so on. We are supposed to believe, and history reinforces this, that our history is that of a liberal society moving away from violence and toward reason, when we know nothing could be further from the truth.

The end of history?

But socialist history is more than just a desire to tell our side of the story, it is the very nature of that story that differs. For establishment historians, history plays the role of validating today’s society. Everything has led to this moment to the extent that in 1989, following the fall of the Berlin Wall, one influential commentator could declare that we had reached ‘the end of history’. Capitalism, according to that view, had triumphed and communism, its antithesis, had been vanquished. Without realising it Fukuyama was using what is essentially a Marxist interpretation of history, albeit one that was totally wrong.

To understand that assertion we need to explain what Marx meant by history and why it was so different from what we are told about history today. In The Manifesto of the Communist Party, written with his friend and comrade Friedrich Engels, they start with this observation:

“The history of all hitherto existing society is the history of class struggles. Freeman and slave, patrician and plebeian, lord and serf, guild-master and journeyman, in a word, oppressor and oppressed, stood in constant opposition to one another, carried on an uninterrupted, now hidden, now open fight, a fight that each time ended, either in a revolutionary reconstitution of society at large, or in the common ruin of the contending classes.”

Whilst for establishment historians history may be presented as a series of events featuring great battles, Kings and Queens alongside their generals and politicians (incidentally the majority of politicians slide inexorably into obscurity soon after their life in parliament has been completed). For socialists we can see that history is made not through single great events, but by the accumulation of events often presaged by the actions of people whose names are never known. Struggles for liberty, for equality, for democracy are made not by some great general or establishment liberal with a conscience, but by the actions of thousands of ordinary people coming together to change their conditions.

History is not just about spectacular battles, although battles have a role to play in the consciousness of ordinary people who tend to die in them, but through ordinary people coming together in trade unions or campaigning organisations to argue and agitate for better working and living conditions.

For socialists then, history is about how and in whose interest production is organised. It is the history of how one class oppresses another that provides the template for how history and society progress.

As Alan Woods has written:

“Marxism maintains that the development of human society over millions of years represents progress, in the sense that it increases humankind’s power over nature and thus creates the material conditions for achieving genuine freedom for men and women.”

For socialists, history cannot be conceived of as a set of disconnected events which support and extend capitalism. History is seen in terms of the development of a class that can carry humanity to its next stage. As we see the modern bourgeoisie desperately trying to maintain its rule through war, environmental destruction and autocratic rule, we know that these are not random events. They are the acts of a class that is rapidly losing its right to rule. The only question is: are the proletariat in a position to replace them and implement a new era for humanity by abolishing class distinctions once and for all?