A Short Conversation About Power 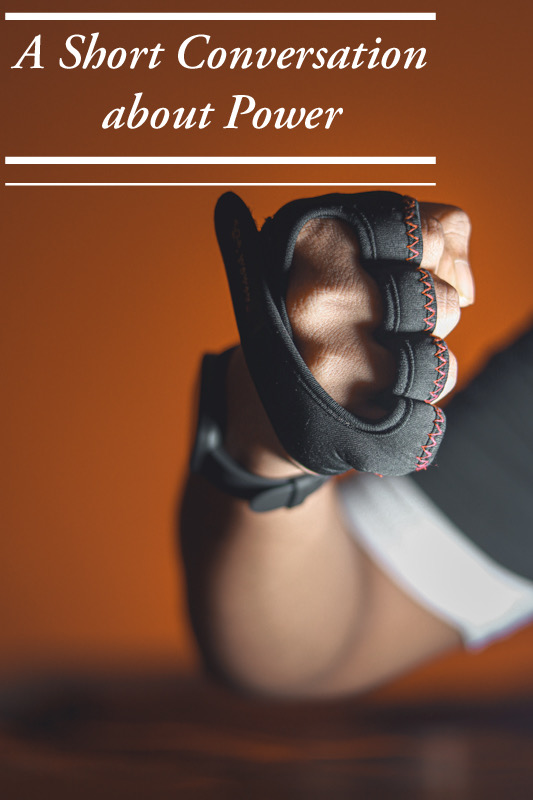 Image by Marwan Ahmed on Unsplash

It’s something we’re all entitled to.

It’s ours by right.

And then there’s power…

Get some, you want more.

Get more, it starts to eat you up.

Too much power can drive you mad.

It’s not an original story.

The exercise of power is what gives us the kick.

You experience the kick of power from driving a car or powering down a ski slope or beating an opponent at the game of Go.

You experience the kick of power from overcoming just about any hurdle.

The exercise of power is exciting, and you’ll want that excitement again and again.

That’s one dangerous characteristic of power – the hunger to revisit those feelings of agency and control. They’re addictive.

And once you get a taste for power, it’s hard to give it up.

There’s a second characteristic of power which is even more dangerous. Because the biggest kick from power doesn’t just come from repetition. It comes from extending power – from reaching further than you ever did before. From overcoming barriers and limits and constraints.

But that feeling is a problem. Because you don’t just want the same sensation again – you want it stronger. You want to feel even more powerful. You want to break those barriers.

And that’s when it drives someone already in power mad.

They can’t help themselves – they’ll always want more power – to get that extra special kick: the overcoming.

They’ll keep on hunting for it. No matter what.

So even when they have it all – the monarch, the emperor, the ‘strong man’ leader – they’ll want still more, until the only ‘more’ left to them lies in corruption and madness, in the exercise of weird or perverse power, when there’s no further ‘normal’ power to be found.

The power to survive

All I’ve described is a human trait – useful to hunter-gatherers or early, brutal civilisations.

To enjoy power over your environment and to strive to exert that power further was once useful to survival and success. That’s why evolution left a taste for power in our genetic portfolio. And potentially this instinct can be useful even now – giving us ambition and drive – if controlled.

Uncontrolled, however, the addictive nature of power, and its inherent need to grow, are a danger to everything we hold dear.

Because, if unconstrained, where do the power-hungry take their power from?

They take it from us.

They steal our power and gather it up for themselves.

And who do they exert and extend their power over?

They extend their power over us.

And because of the nature of power, will they ever be sated?

Power-hungry politicians, oligarchs and corporations, addicted to power and unconstrained, will always want more – until they’ve wrecked our lives and the lives of our loved ones, until they’ve brought our nations, our civilisation, and perhaps even our entire biological world, tumbling down around our ears.

They won’t care if they wreck their own environments in the process. Their adaptations to cognitive dissonance will blind them to what they’re doing. Addiction is self-destructive. Addicts always rationalise away the risk.

The myth of the strong leader

That’s why power needs limits. That’s why any healthy and thriving civilisation needs checks and balances.

And that’s why the myth of the benevolent ‘strong leader’ is exactly that: a myth.

The strong leader – or the strong party, or the strong elite – will take whatever power you give them, and then want more. And the stronger they become, the less able you’ll be to stop them.

Strong leaders or elites will take their power and keep on taking it until the bright and shining future they promised in order to begin their ascent to power turns irredeemably sour.

Power’s addictive, its biggest kick coming from extending it further.

And then they’ll pass their power on to their children, too.

So, to control the power of kings, dictators and elites, someone came up with a brilliant idea.

It doesn’t always work as well as it should, and it needs wide-ranging checks and balances to make sure it works effectively – but it’s the best system for controlling authoritarian power yet devised.

It’s worth hanging onto if you possibly can…. You won’t find anything better.

So why discuss power now?

Because a thriving environment, a thriving nation and a thriving civilisation require our reining in of the human appetite for power.