A short conversation about populism 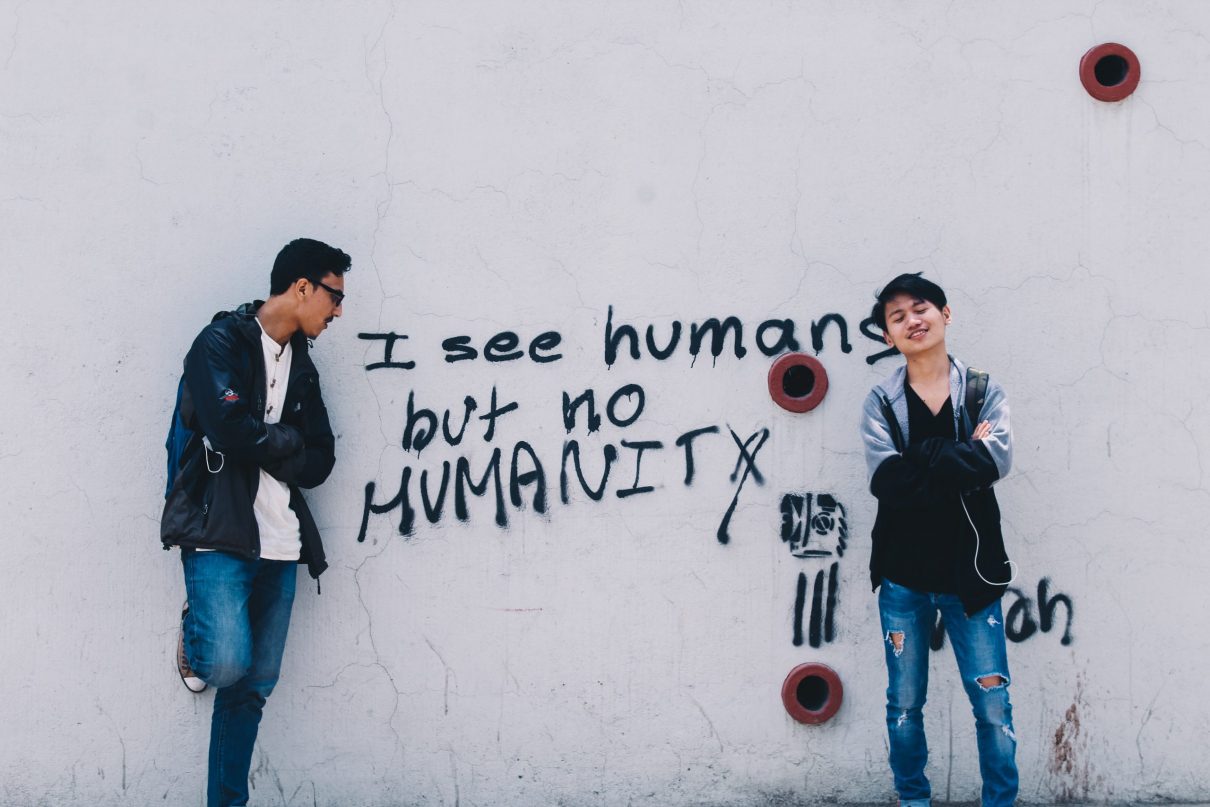 Image by Saroj Gajurel on Pexels.com

“Populism?” you quite reasonably ask. “Is there really such a thing? What do populists even believe in?”

That’s an easier question to answer than you might think.

Populists don’t really believe in anything.

Why would a populist give a damn about those things?

You see, populism’s not a set of beliefs or an ideology – it’s a technique. Or a whole raft of techniques.

It’s a bunch of stratagems, tricks and sleights of hand.

Let’s talk about a few.

One of populism’s most powerful tricks is simplification.

And they would do, wouldn’t they?

‘Stupid’ is easy to handle.

They want you to ‘take sides’.

They love an enemy.

If no enemy’s handy, they’ll create one.

Populists adore polarisation. That’s no surprise; it’s a tool of anyone seeking power.

It has another name: ‘Divide and Rule’.

But do we really want to be divided?

And do we really want to be ruled by those who divide us?

Inverted victimhood – that’s another populist ploy. Populists like to act the victim, no matter how rich or powerful or privileged they are.

But, by creating an imaginary oppressor, victims are precisely what populism tends to produce.

The enemy are workshy scroungers?

Result: The poor get scr**d.

Immigrants are the enemy?

The ‘enemy’ is another country?

Result: Just about all of us except the populist warmongers get scr**d – because one thing you can be sure of: the populists won’t be there at our side when the fighting starts.

Populists love grievance. They exaggerate their feelings of offence. It’s useful for them.

If people believe they’re victims, the victimisation of others seems less real.

“We’re just evening-up the balance.” “We’re getting our own back.” “It’s not cruelty. It’s not immoral. We’re the victims here…”

Populists appeal to tribalism – an ‘us’ and ‘them’. They appeal to the fear of strangers, to emotions of resentment and hatred.

They want us to forget that we need each other.

They want us to forget that other people make our stuff.

Other people grow our food.

The work of others allows our work to work.

In fact, in this complex inter-connected world we need our better instincts:

We need the SOCIAL instincts. The ones that help nations and societies and economies cohere. Cooperation is at the heart of civilisation – all civilisations. I explain why here.

Populists don’t give a damn about caring or cooperation. And as for compassion, that was never on the agenda.

In the populist world, words are for impact, not truth. Facts are poor friends if you have no principles – they tend to show you up – so the populists ignore facts, or use just those that suit their purpose.

Populists dislike experts. Of course they do. Experts know stuff. Folk who know stuff get in the way if you want to manipulate rather than inform.

Which has its drawbacks.

It means they’re not usually much use in a crisis.

Try spinning yourself out of an emergency and things will only get worse.

That’s what happened in some nations when coronavirus kicked in.

That’s what’s happening to our entire world with climate change.

When it comes to a crisis we need to put populism to one side.

We need to deal in facts.

“Facts!” populists cry with revulsion. “Those are just YOUR facts!” Or, “Those aren’t the facts! THESE are the facts!” – and out of their mouths spews a torrent of lies.

It’s easy to be mesmerised. That’s part of the trick. While we’re watching their lips we miss what they’re doing with their hands. While we’re distracted by the noise, the populists get on with achieving what they want to achieve:

It’s an element of the ‘othering’ technique: the dividing and ruling; the creation of ‘an enemy’.

“Hate them… love me.” That’s the populist message.

So you can see why populists are often narcissists.

It fits in with their approach.

They’ll say anything to make themselves popular.

Of course they will.

The truth is irrelevant. Becoming popular and gaining power is their objective.

Populists lie about what’s making our lives sh** – and then promise to fix whatever they’ve lied about. “I can fix this. No one else can. Just me.”

But a border wall or a scapegoat minority or interventions in some other country won’t improve the lives of ordinary folk.

And none of that’s as easy to deliver as a slogan.

None of it’s as easy as a lie.

Can lying become a problem for the populists?

No. For them it’s win-win. Because the tribalism they encourage forgives the lies.

Their moral compass? Populism wipes it out.

Being in the tribe… That’s all that matters.

The lies are bad, but so what? For populists the lie’s not the thing.

The objective’s the thing:

Pretending to serve others while serving only themselves.

And yet… would you be happy if your brother, sister, father or mother were a liar?

Is lying an example you’d want to set your children or your friends?

Is it acceptable – if we think for just a moment – for our leaders to be liars?

And can it possibly do any of us any long-term good?

We see it all across the world.

Where’s the morality in that?

Decency and integrity are merely obstructions to populism.

Yet it’s decency and integrity which tell us it’s essential we resist.

“But how can we fight something so insidious?” you ask. “Populism’s specifically designed to grip us, to exploit our weaknesses, to use our natural instincts and emotions against us. It’s designed to be popular.”

I’ve an answer for you.

We can resist the techniques of populism through clear thinking.

We can resist populism through humour. (It’s difficult to be angry or to feign offence when you’re laughing.)

I discuss many of these techniques in my book Our Society is Sick but Here’s the Cure.

But most of all, we can resist it through morality.

Morality is hard for populists to attack.

How do you condemn someone for being moral, for showing integrity?

And morality’s message is as simple as any populist slogan:

Let’s shout that from the rooftops.

Let’s make sure the populists can hear.

His new books, Short Conversations: During the Storm and the free eBook Our society is sick, but here’s the cure, are out now.