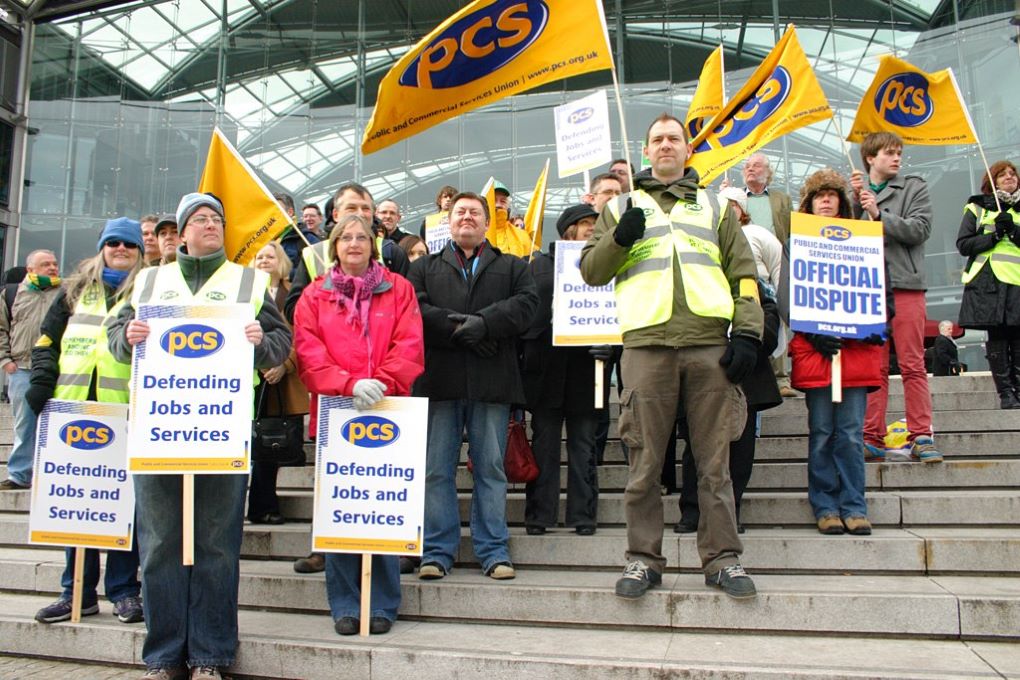 91,000 civil servants are facing the sack as part of government plans to deal with the cost-of-living crisis. As we reported last week, millions of people on low incomes are being plunged into poverty by the soaring cost of basic items like housing, fuel, energy and food. Millions more will be just about managing but experience a drop in living standards. So, the Tories are planning to add to this misery by pushing tens of thousands more families into poverty! And if that was not bad enough, they want to cut civil service redundancy packages by up to a third.

Johnson has ordered all government departments to spend the next month looking for cuts in order to bring staffing levels down to pre-Brexit levels over the next three years. It has happened before. After the financial crash, over 100,000 civil servants, nearly 20% of the workforce, lost their jobs due to austerity cuts between 2009 and 2016. Numbers have been growing since 2017, in part because Brexit means the government needed to employ more staff to fill the roles that used to be performed by the EU. These sackings will take us back to the lowest employment point since 2016.

In case anyone thinks this is all about fat cat mandarins in Whitehall offices, 54% of civil servants are women, many in low paid jobs. The UK median wage is £ 31,772. In the Civil Service it is £29,180. Most of the low paid jobs are concentrated in the 48% of civil servants who engage in operational delivery directly with the public. These are the people who deal with stuff like passport applications, tax returns (HMRC), vehicle licensing (DVLA), pension and benefits payments (DWP), refugees and asylum seekers, the backlog of court cases, as well as prison staff. Cutting their numbers now will affect us all.

Civil servants are part of the working class and many of them are unionised. Their union leaders have responded with anger, especially as they first learned of Johnson’s plans in an interview he gave to the Daily Mail. They are comparing the government’s behaviour to P&O Ferries arbitrary sacking of 800 staff, and some are talking of strike action. I hope the unions do strike. But it will take more than fine words from union leaders. Rank and file civil servants need to be agitating now, and the rest of us can help by declaring our solidarity.

I do not believe the government when they say that this is necessary to deal with the cost-of-living crisis. We know what is necessary: immediate government action to freeze energy prices and rents; raise benefits, cancel tax increases on the poor such as the National Insurance surcharge and increase the tax on the rich, starting with a windfall tax on the energy giants’ profiteering from the war in Ukraine. In the long term we need to build more council houses, nationalise key infrastructure like energy, and invest in a carbon free future.

More government action is going to mean more civil servants, and not just in Whitehall. The chaotic response to Covid showed us what happens when you hollow out the state and cut back on locally based public health facilities. With Covid still raging and the next pandemic waiting in the wings, it is ominous that Johnson is looking for immediate cuts to civil servants working on the pandemic. This is despite the fact that all the experts want a permanent infrastructure to monitor public health, work on detecting new viral threats and develop vaccines and treatments.

The Tories are all in favour of spending billions on big government when it comes to NATO and asserting our authority abroad. They call it ‘Defence’ and Starmer’s Labour falls over itself to endorse their policies. But the true defence of our country lies in defending our people from poverty, ill health, homelessness and the impact of climate catastrophe. When our interests are sacrificed in the name of a spurious ‘national interest,’ when Trident is deemed ‘affordable’, but we are not, it is time to assert our interest. And showing solidarity with beleaguered civil servants is as good a place as any to make a start.