10 Reasons Why War Is Wrong 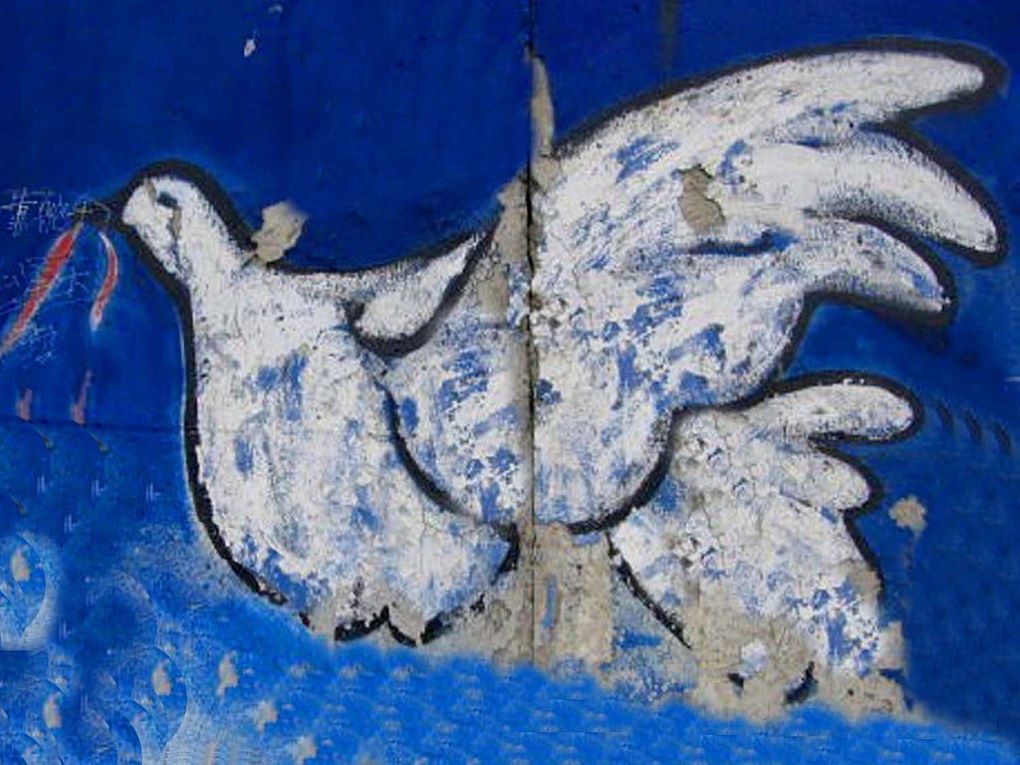 In Russia, in Russian-speaking Ukraine, and in many other parts of the world there are people who believe the invasion of Ukraine is both justified and legitimate.

These people are not ‘insane’, they’re not ‘mad foreigners’ and they’re not monsters. Aside from their allegiance to Russia, they are just like us. They go about their lives, care for their children, have friendships, passions and hobbies, just like us.

And, just as we believe in our own viewpoints, they believe their reasons for supporting Russia’s invasion are justifiable and self-evident.

To understand this better it is worth considering the wars we ourselves may have supported.

These wars were supported or justified by many people here in the UK. People who were neither mad nor monstrous used arguments to justify these wars which are very similar to those the Russian government is now using to justify its invasion of Ukraine.

However, there are many reasons why the justifications for the Russian invasion, or for any war, are wrong.

Here are a few.

1. The legitimisation of violence

Violence legitimises violence. That’s an obvious psychological truth. If I use violence to attack, abrogate or resist the needs or wishes of others, or to enforce my will, then why shouldn’t others see this as justifying their own use of violence? “You did it, so why shouldn’t I?” War legitimises and normalises the use of violence – and do we want to live in a world where violence is legitimised and normalised? From a purely pragmatic point of view, I’d suggest not.

The winning of a war, the enforcement of the will of one nation, or one part of a nation, over another, creates resentment. When it comes to violence and war, the law of the conservation of energy comes into play, both socially and psychologically. War’s violence translates after the war is over into deep-rooted resentments, hatreds and prejudices, which find expression further down the road in terrorism, rebellion or new war. There’s a great deal of evidence to suggest that WW1 spawned WW2 – and as for WW2, you can highlight a causal trail all the way to the current war in Ukraine.

So, unless you want a forever war, it’s better to avoid war entirely.

Let’s check the success rate of wars, at least as far as their stated or alleged aims.

WW2 was too little too late when it came to protecting German Roma, gays or Jews. It empowered the Soviet Union (who continued these persecutions) and contributed to the UK’s decline in prestige and power.

Neither the Vietnam War nor the multiple invasions of Afghanistan succeeded in achieving their alleged aims of bringing democracy to these countries.

The second Iraq war and the War on Terror spawned ISIS. Libyans experienced far greater peace and security under Gaddafi than they experience now – and, if our participation in the Syrian war was meant to protect and empower ordinary Syrians, it seems we’ve achieved the very opposite result.

Wars are an inept way of getting things done.

As the great Isaac Asimov once said, “Violence is the last refuge of the incompetent.” This very much applies to war, and the reasons are plain enough. We live in a complex world: a world of complex humans, complex social and biological networks, complex technological and economic systems.

Understanding and foresight are needed to navigate our way in such a world. If we want to change our world for the better, we need planning, intelligence, good data and sensitivity. Violence or force?

They’re of little use when it comes to complexity.

The direct financial cost of war is enormous.

And that’s just the cost to the US taxpayer. Add in the costs to other involved nations, and the cost to the ‘host’ nations in terms of smashed infrastructure, lost economic opportunity, and healthcare costs, and we are talking appalling sums of money.

Now imagine if even half of this had been spent on pre-emptive investments in the health systems, education systems and the economies of the attacked countries. After such an investment, would the excuses for war still have prevailed?

The waste of human effort and wealth on war is a staggering act of species self-harm.

Speaking of species self-harm, the greatest threat to the continued existence of humanity is climate change. And yet, through declaring war on each other instead of CO2 emissions, we exacerbate this threat. War is both a human tragedy and a climate crime.

So, pragmatically, for selfish and practical reasons alone, war is slack-jawed stupidity at its worst. But there are also moral reasons why war is wrong.

The moral case against war

7. Using force to achieve your aims is immoral

It’s always immoral to use force to get your own way. Why? Because force attacks both a person’s equality and their right to be free.

You are not being treated as an equal if someone forces you to do something. Force asserts inequality.

Nor are you free if someone forces you to do something.

Both freedom and equality are at the heart of morality. In fact, morality ceases to apply where there is no freedom. Morality is not relevant to robots or machines; it is only relevant to humans because we are free. And anything that stops morality from being relevant can only be immoral.

Innocents die in wars – and killing innocents is always wrong. Pragmatic proportionality is not a part of moral logic. “Kill this baby so a hundred others can live” – well, that might be pragmatic but it’s not moral.

So, because innocents always die in war, and because the killing of innocents can never be morally justified, war is always immoral.

“What about defensive, utterly unavoidable war?”

We can argue whether such a thing ever truly exists, but, even if it does, as soon as you begin killing innocents, your war becomes immoral.

There is no such thing as a good war, because nothing which incorporates immoral killing is good.

Here’s where things get simple.

It’s immoral to kill people. That’s because we are all equal: sparks in the same fire, water in the same flood.

None of us has the right to kill.

Pragmatic is fine, but then you hit the pragmatic arguments from earlier in this article. Violence is stupid. It’s the last refuge of the incompetent. It would be smarter not to get into the position of kill or be killed.

10. The lives of other people are as important and valuable as your own

Now we get to the heart of morality. The lives of other people are as important and valuable as your own. That’s what morality means.

War blows this out of the water.

If we’re all equal, and all lives are as important as our own, you’ll do everything, absolutely everything, to avoid war.

That’s how a moral nation behaves.

That’s it. Ten reasons why war is wrong.

It’s immoral and it’s stupid. Given our creativity and intelligence, as individuals, as nations and as a species, we are capable of avoiding war, and it’s our moral obligation to do so.

It’s the duty of all humanity.